Home » MMA » McGregor up for Chandler match ‘at some stage’ 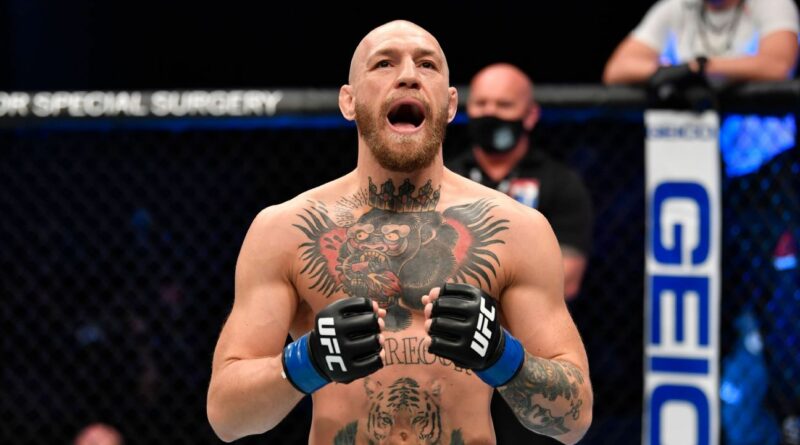 UFC lightweight Michael Chandler might have lost to Justin Gaethje last weekend in New York — but he appears to have caught Conor McGregor’s attention in doing so.

Chandler (22-7) suffered a unanimous decision loss to Gaethje at UFC 268 on Saturday in a three-round bout that is the likely front-runner for Fight of the Year. Gaethje knocked Chandler down with an uppercut in the second round, but Chandler managed to survive and even move forward through the final bell. Both men went immediately to the hospital.

On Monday, Chandler posted an altered photo via Twitter of a staredown between himself and McGregor with the caption “2022.” McGregor quickly responded.

“I’m down at some stage for sure,” McGregor wrote. “Great fight the other night Mike, congrats!”

Chandler, who resides in Nashville, responded, “Thank you sir. It would be my pleasure. See you soon.”

McGregor (22-6) hasn’t fought since he suffered a broken leg during a first-round loss to Dustin Poirier at UFC 264 in July. The 33-year-old Irishman underwent surgery on the leg shortly after the injury and is still recovering. He is expected to return to competition in 2022.

He is also facing a potential legal issue in Italy. Italian DJ Francesco Facchinetti recently confirmed to ESPN he has filed a criminal complaint against McGregor for an alleged incident last month in which the DJ claims McGregor struck him in the face and injured his lip and neck.

Whenever McGregor returns to the Octagon, there are a lot of possibilities for his next opponent. He has expressed interest in another fight against Poirier, who is now 2-1 against him in a trilogy. His two-time rival Nate Diaz has one fight left on his UFC contract and would also be an attractive option.

A former Bellator MMA champion, Chandler nearly won the UFC championship earlier this year. He fought Charles Oliveira for the vacant title and lost via TKO in the second round, after nearly finishing Oliveira in the first round. He is now 1-2 since signing with the UFC in 2020.

Bellator champ Julia Budd set to return, eager to showcase all she brings to the table

Khabib vs Ferguson 'could be offered lifeline by Belarus' 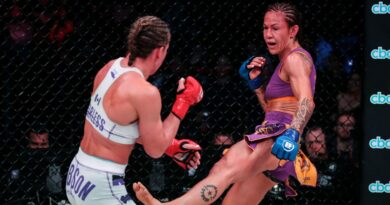