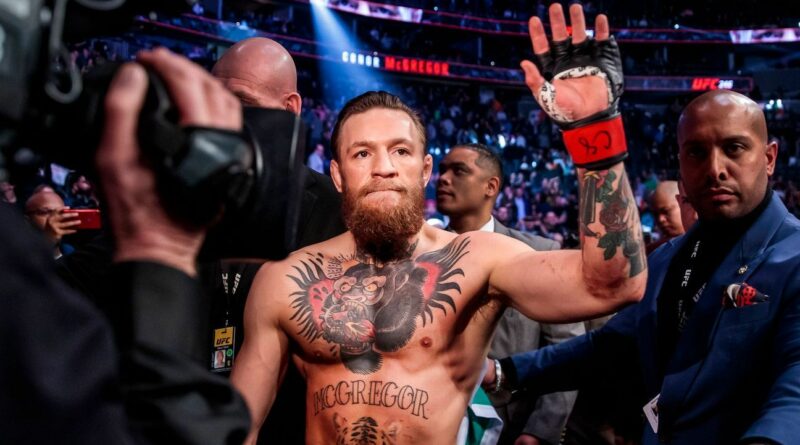 Conor McGregor went into last year with the desire to fight at least three times before the calendar turned to 2021. Now, the former UFC double champion has even more ambitious goals: seven fights in the next 18 months, he said Thursday on Stephen A’s World.

“The truth is the fight game will never get rid of me,” McGregor told Stephen A. Smith on the ESPN+ program. “Conor McGregor will be here until the day I go out. So that’s it. If they line me up, I’ll get about seven fights in the next year and a half. That’s what I want.”

McGregor had entered 2020 with hopes of having a “season” of fights, beginning with his knockout victory over Donald Cerrone that January. His plans for multiple bouts were derailed, however, by the coronavirus pandemic as well as a dispute with the UFC and a short-lived retirement.

McGregor’s latest plan starts Saturday against Dustin Poirier in the main event of UFC 257 in Abu Dhabi. “The Notorious” wants to best his historic run in the UFC featherweight division, in which he reeled off seven straight wins in 32 months, a stretch that included a delay of nearly a year due to ACL surgery.

This time, McGregor has designs on doing that in the lightweight division. McGregor has been UFC champion in both divisions but has yet to defend a title.

The goal now is to up the activity. If McGregor has his way, fans will be seeing a lot more of the Irish tricolor in the Octagon in 2021 and beyond.

“I’ve got four fights left on this contract with the UFC,” McGregor told Smith. “I’d do it in the first quarter of 2021 if they give me the dates.”

McGregor’s dispute with the UFC last year centered around his desire to fight. He acknowledges issues with the coronavirus and the lack of crowds. But McGregor told Smith that his retirement last June was “born out of frustration.”

“It was like, you know what, you’re not gonna treat me with respect? I’m gone,” McGregor said. “Sometimes you have to take yourself out of a situation if you’re not being respected or appreciated. Just distance yourself from it.”

By all accounts, that relationship is mended now. McGregor’s bout against Poirier will be in front of about 2,000 fans at Etihad Arena in Abu Dhabi. If McGregor wins, he’ll more than likely find himself in another lightweight title bout. Just who he’ll face and when will be determined by the next move of current champion Khabib Nurmagomedov, who says he is retired.

One thing McGregor has all but promised is that fans won’t wait another year to see him again in the Octagon.