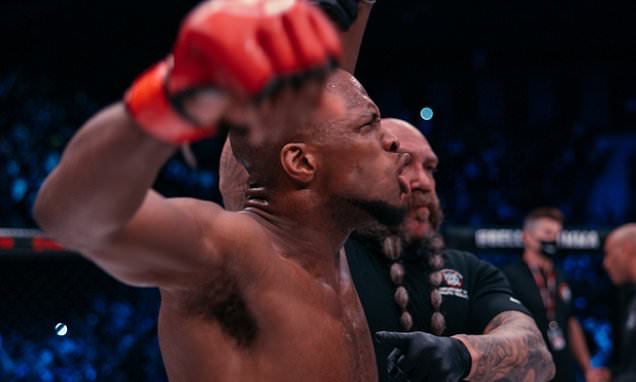 Michael ‘Venom’ Page squeaked home by the finest of margins but thrilled the crowd inside Wembley Arena by exacting revenge over Douglas Lima.

The headline act lived up to the billing at Bellator 267 with a striking clinic put on by both welterweights but MVP, a man renowned for his highlight reel of stunning KOs, was at his precise best, even without another viral finish.

It was the Brazilian who thought he had done the double after 15 minutes of action.

He was lifted onto the shoulders of his team, seemingly sure he had produced enough to edge it but two of the judges scored the contest 29-28 for MVP. 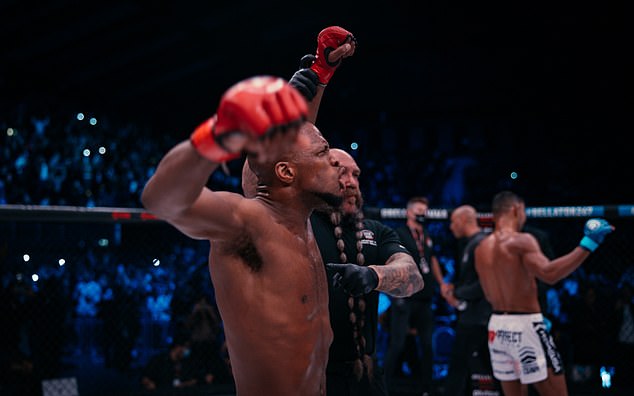 The walk-out alone was worth the price of admission for the thousands packed into the SSE Arena.

There was plenty of star power cageside but the likes of Eric Dier, Roy Jones Jr and reality TV fodder were outshone by Page, who strolled in on an elevated red carpet with Skepta providing the soundtrack alongside him.

The Hackney fighter raced out of the blocks and the crowd sniffed blood in the water.

He threw two punches in the first two minutes but both sent Lima to the canvas, it was as though he was trying to dodge knives, aware that any blow at this point could cut his night short.

A spinning wheel kick was also partially blocked but had the partisan supporters out of their seats. 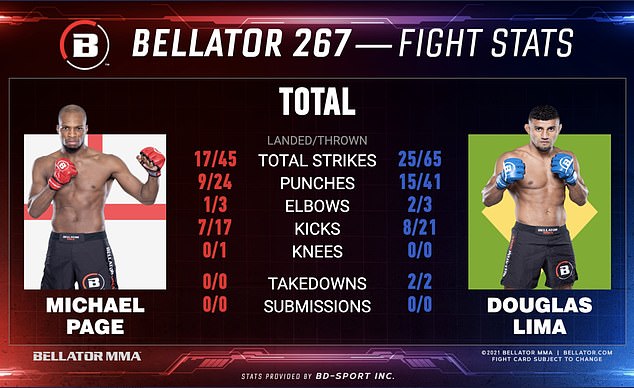 But then Lima bit back, he timed a takedown perfectly for some much needed respite and landed heavy shots from top position.

A chorus of ‘MVP’ encouraged the home fighter, who ended the round on his back without sustaining too much damage.

The sailing was smoother in the second as Lima grew in confidence but still showed caution.

Page was bouncing on his toes for the duration and even during lulls in the action it would have been foolish to look away for even a second.

The judges had their work cut out scoring a quieter second stanza.

Lima scored a flash knockdown of his own early in the third but MVP popped up instantly with a smile on his face.

What might have been a telling moment came with two minutes remaining in the fight as the Brazilian feinted with his man up against the cage before dropping his level to secure a takedown.

It allowed him to control position for the rest of the contest and although Page limited the damage, it was Lima in control. 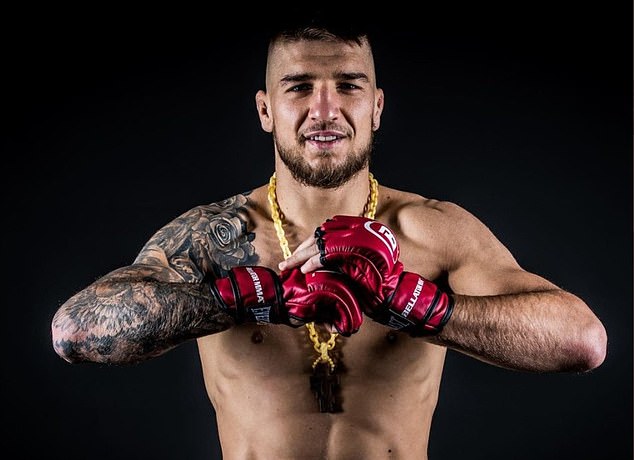 Next up, MVP is desperate for a shot at the current welterweight champion Yaroslav Amosov

Page was a vision of confidence even after the final bell but there must have been nagging doubts in his mind. Ultimately, he did enough by the skin of his teeth but a further two championship rounds would have been compelling.

At the announcement of his victory, MVP performed Cristiano Ronaldo’s trademark leaping celebration, using every second of his time in front of the cameras to his advantage.

He remains the jewel in Bellator’s crown even without a belt around his waist. That is where his attention will now turn.

Typically, the 34-year-old shone on the mic afterwards and wants to fight Yaroslav Amosov for the title next.

‘I was confident, every striker that stands in front of me I turn them into wrestlers, every single one of them,’ he declared. 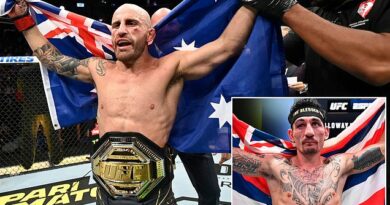 Volkanovski warns Holloway 'stop playing games and all the bulls**t' 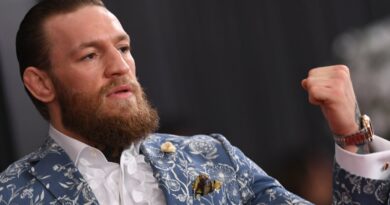