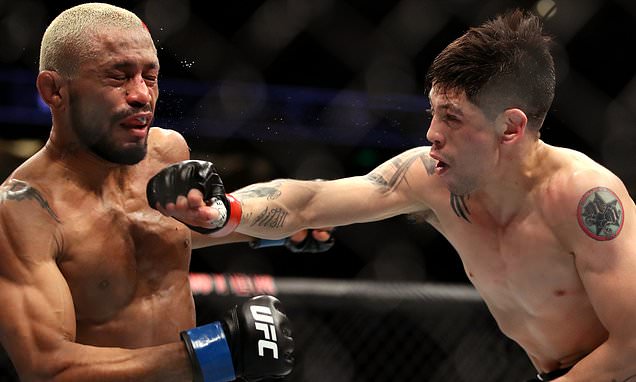 ‘Nobody cares’ about Deiveson Figueiredo’s demands for more money and his threat to switch divisions, claims Brandon Moreno.

The Mexican, who lost his flyweight title to the Brazilian in January at UFC 270, is preparing to take on Kai Kara-France for the interim belt in July.

Figueiredo has railed against the creation of the interim belt while he is out injured and made a number of demands, including more money from the UFC. 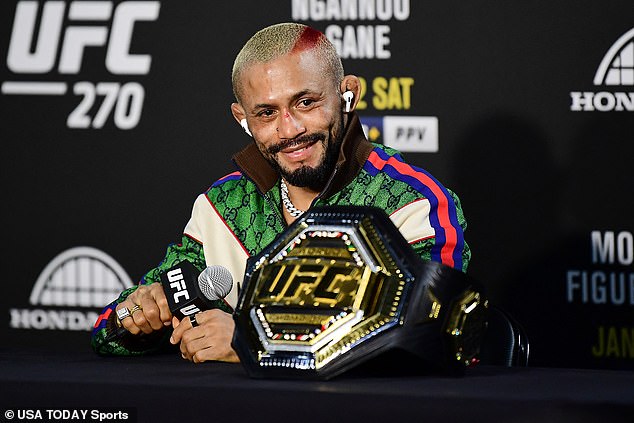 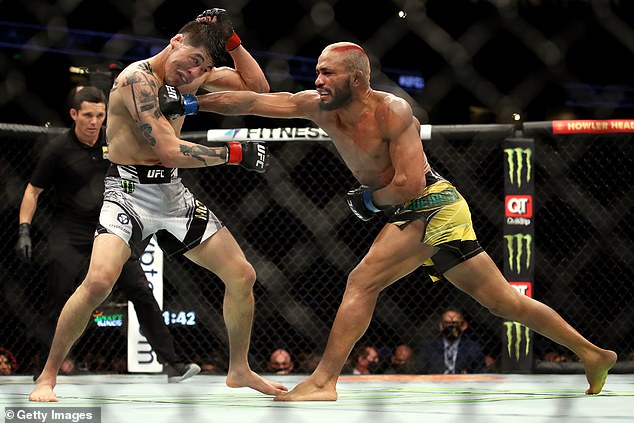 Moreno is baffled by his remarks and told the MMA Hour: ‘I don’t know what he’s thinking right now, [whether] it’s really for the money, or he’s kind of scared.

‘I don’t want to say he’s scared — it’s too much trash talk. I’m sick of trash talk with this guy. I’m done with that. But I don’t know. He doesn’t want to fight, and that’s it.

‘I know I have an important matchup against Kara-France, but hopefully I can see him again before the end of the year.

‘He’s saying a lot of different, crazy stuff like, ‘Oh, I want more money and if the UFC doesn’t give me more money, I’m going to go to bantamweight.’

Moreno and Figueiredo have fought three times in the last 18 months for the title and all of those contests have been sensational to watch.

He wanted a fourth battle straight away but his rival steered away from it.

‘He wanted – I don’t know what he wants, to be honest. But he said no, and I felt a little bit frustrated, because I’m lying to you if I say I’m not here for money, because I love money, too. I love to buy stupid things, but imagine the legacy. Four fights against somebody, the first one in [UFC] history, that sounds amazing.

‘Obviously, I’m crossing my fingers to fight him again in the future… because this history is so different than the other ones. The first one was a draw, I beat him terrible in the second one, [and] the f***ing judges in the third one stole my belt. 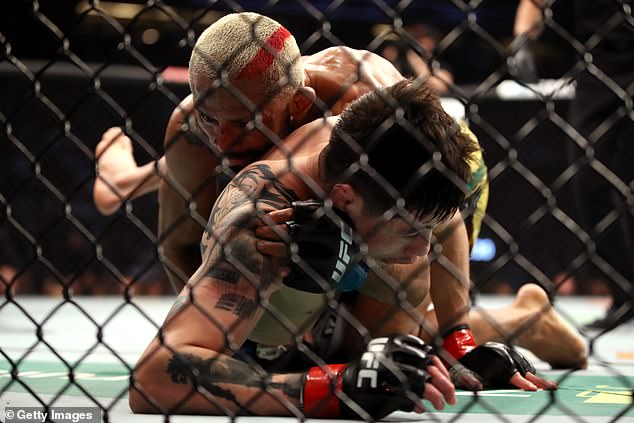 ‘I thought the fourth fight against him would be a very interesting match-up. But it is what it is. I’m just really focusing on my next fight against Kara-France.’

‘I’ll be disappointed [if Figueiredo leaves], because just imagine the legacy, the history. Wow. If Figueiredo is watching this or watches this in the future, stop saying stupid things.

‘Just wait for me and I’ll see you in the future. More than money, more than whatever, legacy, brother. We can make it together.’

Kara-France has won his last three fights and deserves his shot at one of the division’s elite in what should be a superb contest at UFC 277 next month.

Ronda Rousey takes on wrestling, but is she doing it to work herself back into the ring?

The Remix, Vol. 21: An amazing night in Atlanta

Khabib Nurmagomedov insists his decision to retire from UFC is final