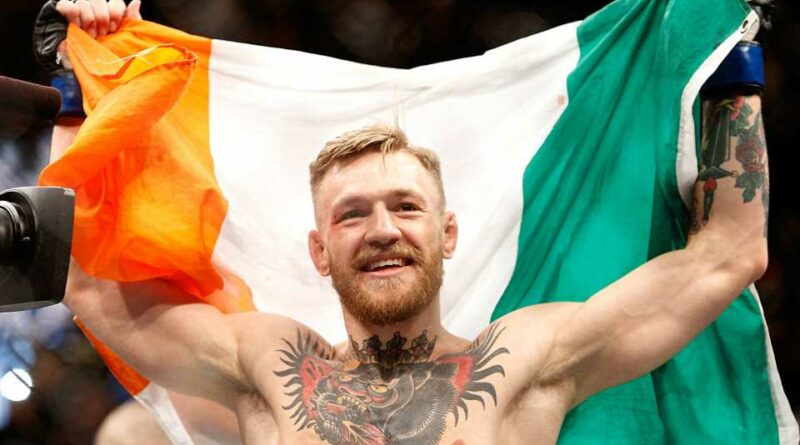 Some of the biggest sports stars in the world normally have a massive following wherever they are from in the world. According to undisputed champion Katie Taylor, Conor McGregor does not get much praise from his home of Ireland.

Speaking on The MMA Hour with Ariel Helwani, Taylor discussed the career of McGregor and what he has done for the sport of MMA and Ireland in general. McGregor has helped open the door for other international fighters. Taylor, however, believes that McGregor does not get as much acclaim in Ireland compared to anywhere else. She has compared to him one of the most legendary and influential boxers of all time.

“He’s always been a fantastic support to me, but I think he’s just someone who’s actually transcended the sport,” Taylor stated, via MMA Fighting. “He’s like, for me, the Muhammad Ali of the UFC. He’s just a fantastic athlete. A great businessman as well. But what he’s done in the sport and the UFC has been absolutely incredible, and I don’t think he’s celebrated as much as he should be here in Ireland. I think he is an absolute global superstar and just a phenomenal athlete, and he’s always been a complete gentleman towards me.”

Taylor, a 2012 Olympic gold medalist, made her professional debut in 2016. In her seventh fight, she won the WBA Lightweight Title and has continued to collect gold since. She is the current undisputed lightweight champion and has defended a version of the gold she wears twelve times. Taylor is scheduled to face seven-division champion Amanda Serrano sometime in 2022.

Both fighters trained at Crumlin Boxing Club, and McGregor has been a big supporter of Taylor throughout her career. Taylor’s praise of McGregor’s career results from the success he has had over the years.

McGregor made his professional MMA debut in 2008. A Cage Warriors Lightweight and Featherweight Champion, McGregor joined the UFC in 2013. He became a hot commodity around 2015, winning the UFC Featherweight Title against Jose Aldo in thirteen seconds at UFC 194. His legend grew after two fights with Nate Diaz and things really blew up when he beat Eddie Alvarez at UFC 205 in 2016 for the UFC Lightweight Title. Back then, Irish fans passionately invaded UFC events.

McGregor fought Floyd Mayweather in a boxing bout in 2017, and everything has changed for him since then. He owns a whiskey business and has made a lot of money outside of fighting. Since returning to MMA action in 2018, McGregor is 1-3 in his last four fights. McGregor has lost two in a row to Dustin Poirier, with the last fight at UFC 264 in January where he broke his tibia.

Outside of the octagon, however, has been messy for McGregor. A a UFC 223 media day in Brooklyn in 2018, McGregor invaded the Barclays Center and tried to pick a fight with Khabib Nurmagomedov. He threw a dolly at a bus full of fighters, breaking glass everywhere. He has also had several sexual assault allegations thrown his way (not guilty of any action as of this moment), destroyed a fan’s phone in Miami, and famously punched an elderly man in Dublin for turning down a drink at a pub. Recently, he got into an altercation with Machine Gun Kelly and was accused of punching DJ Francesco Facchinetti.

Taylor, however, is looking at his accomplishments within the sport, while understanding how controversial he is outside of it, and what those accomplishments mean to her.

“I just think he’s had a few controversial moments outside of the cage as well that people obviously didn’t appreciate,” Taylor went on to say. “But I’m looking at him as just a phenomenal athlete, and someone who I generally think has transcended the sport, someone who’s become bigger than the sport. Nearly every time he does fight, it’s an absolute huge event. He still gets the highest number of pay-per-view figures and he’s still the highest-paid athlete in the UFC.”

McGregor is expected to return to action sometime in early 2022. It is unknown who he would face in the octagon when he comes back.

How to bet Tiger Woods at the Genesis Invitational: Outright odds & props