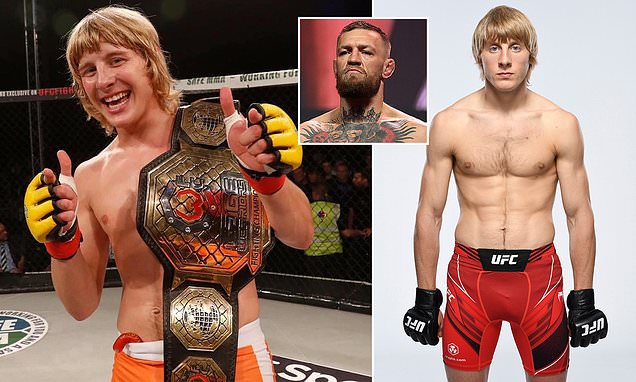 Paddy ‘The Baddy’ Pimblett is set for his long-awaited UFC debut in Las Vegas… the Liverpudlian’s charisma earned him a cult following and the support of Conor McGregor, now he is looking to emulate the Irishman’s astronomical rise

Las Vegas is set for a British invasion this Saturday night with a host of fighters travelling across the Atlantic for UFC Fight Night 191 in Sin City.

Darren Till headlines and is looking to cement his spot as a strong contender for a title shot, Tom Aspinall is bidding to enter the top 10 heavyweights while undefeated Jack Shore attempts to enter the bantamweight rankings.

Yet no British fighter has stirred up more excitement than debutant Paddy Pimblett. 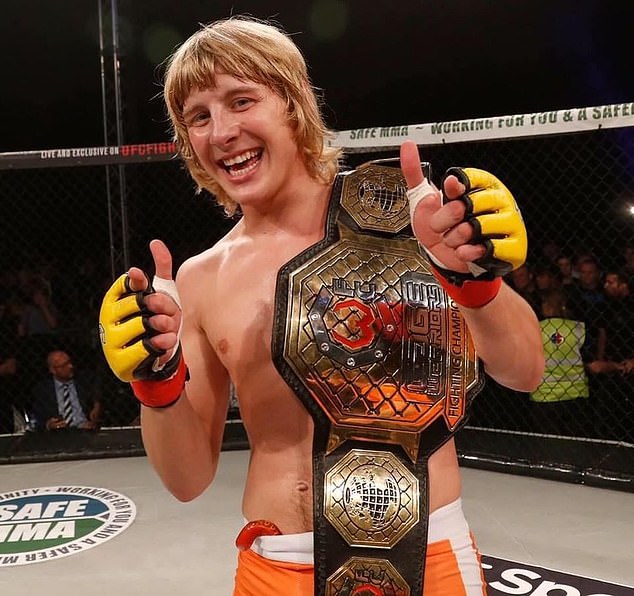 Paddy Pimblett’s UFC bow has been a long time coming, with expectations high of The Baddy

At the age of 26, Liverpool’s Pimblett is finally making his UFC debut, with hopes high that his charisma which has won over a legion of UK fans will translate in the States.

Pimblett is a throwback, a character that you would expect to see in the crowd watching Oasis at Knebworth in 1996 than in a UFC octagon in 2021.

His golden locks are Beatles-esque and his constant smile is infectious. Pimblett may not sport the appearance of a hardened, no-nonsense fighter, but this is a serious mixed martial artist with serious intentions set on dominating his sport.

The Baddy’s UFC bow has been a long time coming. Pimblett was signed up by UK-based promotion Cage Warriors back in 2013, aged 18, and was quick to establish himself as one of the leading stars on the roster. 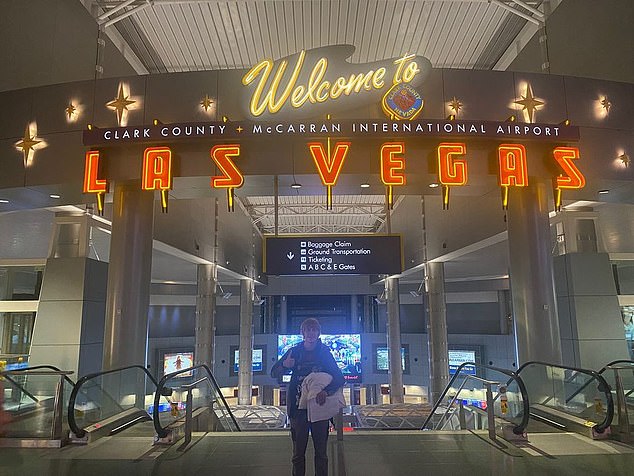 A run of seven-straight wins – in which the Liverpudlian delivered sensational submissions and TKOs – saw Pimblett fight for the featherweight title at Cage Warriors 78.

In front of an expectant crowd at the Echo Arena in Liverpool, The Baddy did not wilt. His second round knockout of France’s Johnny Frachey saw Pimblett win Cage Warriors gold at just 21 years old. A call-up to the UFC was within tantalising reach.

However, Pimblett subsequently lost his title in his second defence against Nad Narimani, with the Bristolian winning via unanimous decision to silence the Echo Arena.

The call that Pimblett had been expecting was made to Narimani, who immediately moved to the UFC. 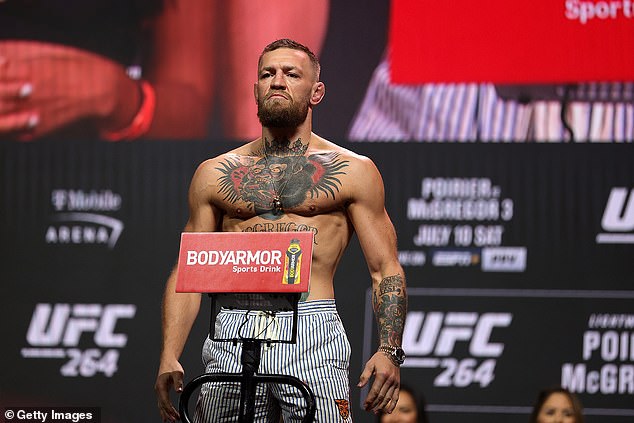 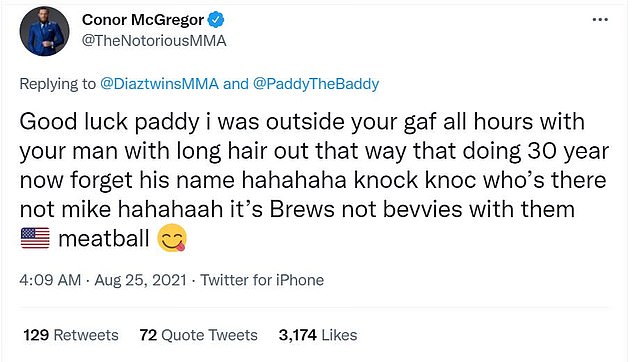 The Irishman, 33, wished the Liverpudlian luck on Twitter ahead of Saturday night’s fight

The 26-year-old immediately got back on track with a win over Alexis Savvidis, his flying triangle choke a highlight-reel finish, but followed that up with another unanimous decision defeat by Soren Bak. Two defeats from three served as a major setback for a fighter who had been on the precipice of a UFC move.

Pimblett went back to the trenches to regroup, fine-tuning his craft at Next Generation gym before being unleashed on a helpless Decky Dalton in March 2020, 18 months on from his defeat to Bak.

The coronavirus pandemic halted The Baddy’s plans but a comprehensive victory over Davide Martinez in March 2021 was enough to convince the UFC’s top brass that this charismatic Liverpudlian was ready for the next step.

‘I won my last fight in emphatic fashion and Graham [Boylan, Cage Warriors Owner] called me on the Monday morning and said the contract is there,’ Pimblett told talkSPORT.

Pimblett makes his UFC debut against Luigi Vendramini in a lightweight bout this weekend, with the 26-year-old electing to move up in weight in order to avoid the strenuous weight cut.

The Baddy has no shortage of support as he sets about his assault to the UFC summit, but one superstar’s backing has given the Liverpudlian a huge confidence boost ahead of Saturday night.

‘Good luck Paddy, I was outside your gaff all hours with your man with long hair out that way that doing 30 year now forget his name hahahaha knock knoc who’s there not mike hahahaah it’s Brews not bevvies with them,’ was the message from Conor McGregor on Twitter.

American fans are still baffled as to what the Irishman was saying to Pimblett, but The Baddy appreciates the support from the former two-weight world champion.

‘It’s the first time he’s ever reached out to be honest,’ Pimblett told talkSPORT. ‘I remember years and years ago when I had my Cage Warriors debut and he was there cornering someone from his gym, but it was before he’d even had his UFC debut.

‘I believe his debut was coming up. So yeah, that’s the first time we’ve had a correspondence.

‘He changed the game and I’m coming to do exactly the same.’

Britain’s takeover of the UFC has been predicted for some time. Pimblett will now be hoping to join the likes of Till, Leon Edwards and Michael Bisping as the most recognisable British faces to grace the UFC.