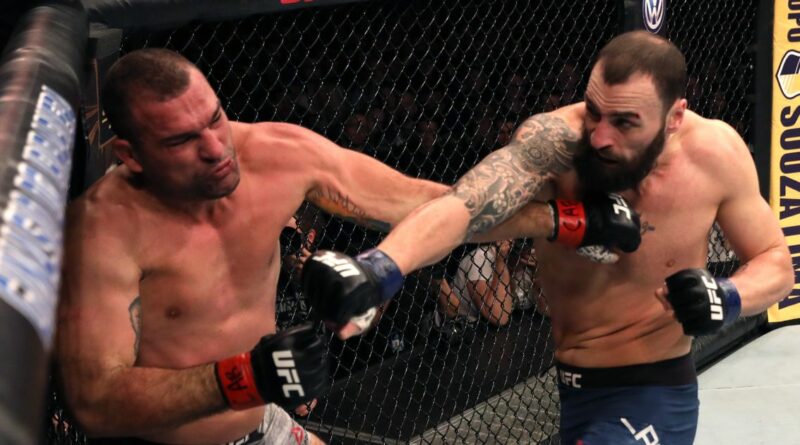 UFC star Paul Craig believes Jamahal Hill's weak ground game will cost him a victory at UFC 263 – and propel the Scot into the title picture.

The Scottish fighter is ranked No.14 at light-heavyweight while Hill earned the spot below with a stunning win over Ovince Saint-Preux.

And with the 205lb division in a state of flux, there will be a lot of eyes on this main card clash between renowned striker Hill and his grappling-heavy opponent Craig.

Speaking to Mirror Fighting , Craig believes he has faced better stand-up fighters than Hill, and that his ability from his back won't be nearly good enough to maintain his unbeaten record.

"What makes this fight is the styles," Craig said. "We've got a guy who's a striker but his grappling skills have never really been tested at the top level.

"He's been very vocal and said, 'Oh I'm a great grappler, Paul's going to have to worry about my grappling,' but we have not seen that in the UFC.

"We've seen him be taken down, we haven't seen him be controlled, but my level of jiu-jitsu is just slightly better than what he's even been up against before.

"The only way to test it is to put these two guys up together and the UFC are thinking they've got Jamahal Hill who they need to make sure has a ground game that is effective enough for us to give him a push." Craig does slightly begrudge the speed at which Hill has reached the rankings in MMA's top promotion; earning a spot just one below his after only three fights to the Scot's 11.

But when they clash in the octagon, Craig will look to end the hype train surrounding knockout artist Hill.

"He's definitely getting a push," Craig continued. "Look at his actual rise, he's only had three fights in the UFC, and you look at mine it's taken 11!

"I've had to work that bit harder, dig that beat deeper, take on more up-and-coming guys, I've fought top ten guys and I've held my own against them or beaten them."

Hill pulled out of their initially planned March bout due to long-standing coronavirus symptoms, but Craig is concerned at the length of time which it took for the fight to be re-booked.

He believes that the American has been trying to get as much work in as possible on the weak sides of his game, which he plans to exploit.

"Look at any other fight that got cancelled because of Covid," he said. "They reschedule fights within the next week, so I don't know why they've moved it three months, I find it a bit dubious.

"The only reason I can surmise is he wasn't ready, he needed to get his jiu-jitsu to a good place to come up against me because that's who I am in the light-heavyweight division.

"I'm the guy who grinds to get the victory, I can pull submissions out, I'm the jiu-jitsu guy and maybe he doesn't feel his jiu-jitsu is up to the standard and he needs an extra bit of time.

"It's been a very long camp, six months of the same drills, preparing for the same fighter, Bruce Lee said you should fear the man not who knows 1,000 kicks, but who has practiced one kick 1,000 times.

"Maybe I'm being arrogant, but I just feel that my skillset marries better than his, I'm much better at striking, at grappling, and as a fighter you need that attitude."

British fans can watch Craig, as well as fellow UK fighters Joanne Calderwood and Leon Edwards in action at UFC 263 on BT Sport 2, starting at 1am on Sunday morning/Saturday night. 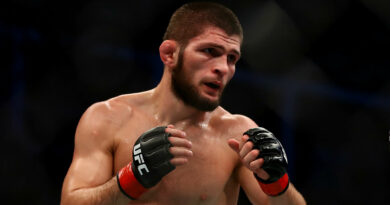 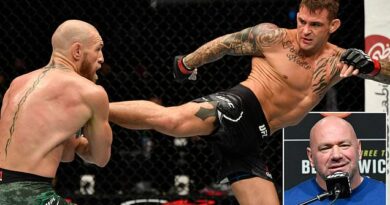