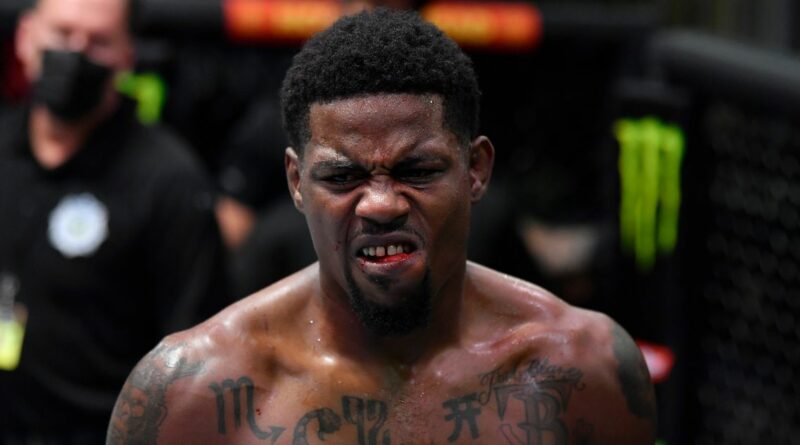 The American, who fought against Kyle Daukaus and was temporarily knocked out when the two fighters horrifically clashed heads during their bout in Las Vegas, was driving to training with coach Shug Dorsey when the events unfolded.

Holland saw a man sprinting down the street calling for help and pointing that the individual in front had allegedly stolen his car.

The 28-year-old acted quickly and caught up to the alleged thief before police arrived to take him away, with his coach sharing a video of the incident soon after.

The footage shows the car had been crashed and damaged, and Holland shed light on what went down.

“We caught up to him, we were driving through the neighbourhoods,” he said on the MMA Hour show. “I was driving down the street, some guy comes zooming out the parking lot, some guys running behind him, he's like, 'Yo, he stole my car.'

“So I was like, 'I've been in quarantine for a week. I didn't get to finish my fight, so let's go have a little fun.' I bust a U-turn and start going after the guy, he turns close to the same street that my coach is on, so I'm driving down the street, I'm on the phone with my mom, my mom's like, 'It's probably a repo.' I'm like, 'Mom, if you see this car, you can tell. It's not a repo.' I'm like, 'I'm gonna hang up and call the cops.'

“Instead of calling the cops, I call my coach, I'm like, 'Hey, this guy's driving through your neighbourhood and he just stole a car. We should cut him off and we can catch him.' And he's like, 'Alright, bet.’”

Holland teamed up with the car’s owner, and the duo pursued the alleged thief in a truck.

Clearly concerned with being caught, the alleged thief crashed the car and tried to escape – but Holland was ready.

“The [suspect] hits the street, boom, hits a little trailer that's getting pulled with some lawn equipment and stuff on the back of it, so that totals the car,” the fighter revealed. “Once he totals the car, the guy gets out.

“The guy pulls up in front in the truck to kind of block him off. I pull up behind so the guy runs out. He starts going behind instead of going forward. He was going forward at first and then he turns around.

“I hit him with a little sweep. Get on top, knee on belly, hit him with the little Khabib scarf hold. He was like, 'I can't breathe,' so that's when I picked him up, put him on the curb.

The furious owner of the car wanted to exact some physical punishment on the alleged thief, but Holland managed to calm him down and dissuade him from doing so.

“It was smooth, it wasn't that bad. I think it was a cool morning overall. I still got to do what I had to do, it kind of slowed me down. I was trying to avoid traffic going that way, so I really didn't avoid traffic, just ended up being the same amount of time. Just had a little fun in the process. It was nice.”

After clashing heads with Daukaus, Holland was knocked unconscious but came to and was submitted to his opponent. However, referee Dan Miragliotta reviewed the footage on replay and the head clash was deemed to have led to the sequence of events resulting in Daukaus' win, so the fight was declared a no contest.

Holland gained notoriety with five wins last year and entertained fans as he joked and spoke to commentators while in the middle of a fight.

He has since suffered two defeats along with the no contest. 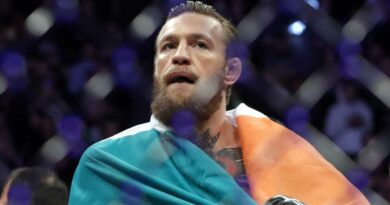