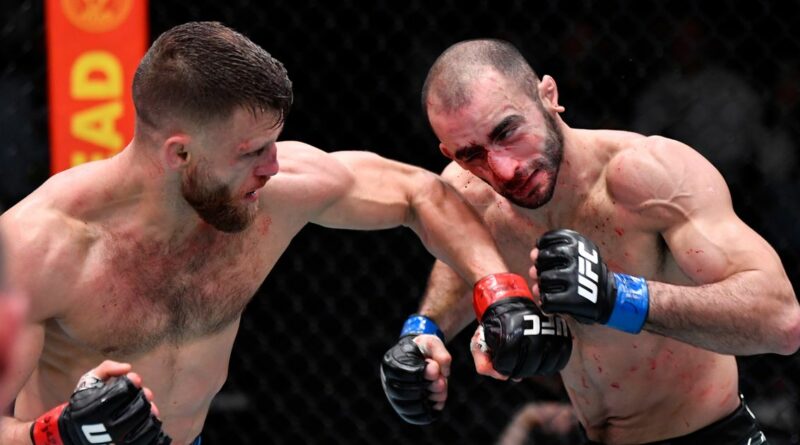 Georgian star Giga Chikadze was left with one eye closed and several other cuts after reunited his conqueror Calvin Kattar in hospital.

The pair fought in the opening UFC main event of the year at featherweight with Kattar looking to cause an upset against betting favourite Chikadze.

It was certainly an eventful clash with Kattar and Chikadze going toe-to-toe in a real striking duel with the favourite refusing to be halted throughout with resolute defence.

However Chikadze was left at the end of the contest with one eye closed after being outpointed by unanimous decision and went to hospital for medical treatment.

He was reunited with his opponent Kattar in hospital where he posted a message on Twitter : "Respect Calvin Kattar."

It certainly was not straight forward for Kattar however who was looking to return to winning ways after a difficult defeat to Max Holloway last time out.

Chikadze pushed the early pace in the opener looking to grab the momentum but Kattar forced a takedown to delay the early aggression and establish some striking of his own.

The favourite again looked to create the tempo in the second stanza but was met by swift counter-punching from Kattar who also successfully shot another takedown.

Kattar then continued a forward thinking approach in the third period making his opponent jab to keep him at bay with his opponent appearing off-balance despite firing a crisp combination on the final bell.

Chikadze's eye was quickly opened up and pouring with blood in the penultimate round with Kattar now firmly in control of the fight and using elbows to try and make a late surge for a stoppage.

However Kattar's opponent remained resolute and standing but he was taking some bad damage despite trying to fire back in the final five minutes.

What did you make of the opening UFC main event of the year? Let us know in the comments section below

The American came close to a late finish sending crushing elbows into his opponent on the ground but the time expired and Kattar was forced to settle with the winning verdict of the judges.

Kattar has now improved to 7-3 professionally with many now predicting he could challenge for the featherweight title against Alexander Volkanovski.

Chikadze had a nine-fight win streak ended by Kattar suffering his first defeat with the promotion and he will now be forced to return to the drawing board after recovering from his inflicted injuries.

Kattar was delighted with his victory and admitted he had to continue to "believe" in himself to show his best in the octagon.

“Bittersweet — feel like sh** but also never been better,” Kattar said in reaction to his victory. “I feel great. Giga’s a tough fighter.

“They all counted me out this fight. Everybody. Like I’ve been saying, it ain’t everybody that’s counting you, it don’t matter about them, as long as you believe in yourself. That’s all that matters.” 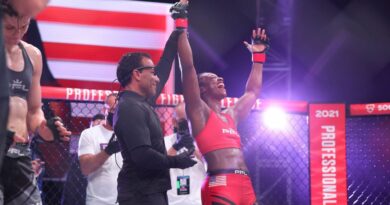 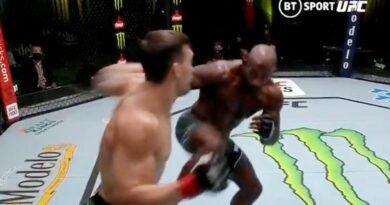