In Bryant’s hometown of Philadelphia on Tuesday, the 76ers honored him, along with the other eight victims who died in a helicopter crash Sunday, prior to their game against the Golden State Warriors with a video tribute on the scoreboard and a moment of silence.

The Wells Fargo Center was complete with “33” floor stickers on the sideline, signifying the number Bryant wore at nearby Lower Merion High School.

Leading up to the game, the 76ers took the floor for warm-ups in their traditional “Phila” jerseys that included either the No. 8 or No. 24, which Bryant wore with the Lakers.

Philadelphia guard Ben Simmons raced out of the locker room, donning those same numbers, as well as “MAMBA FOREVER” and “R.I.P. GIGI” on his sneakers in black marker. Forward Tobias Harris had similar messages on his, “Rest in Peace Kobe” on his right shoe and “Rest in Peace GiGi” on his left.

“I was a Lakers fan,” Harris said before the game. “Modeling his work ethic inspired my game. When I got to the league, I played against him — we had a couple of conversations in games.

On Monday, Lower Merion, a public high school in Ardmore, a suburban community along Philadelphia’s Main Line, began the day with a 33-second moment of silence.

Over the past three days, alumni, fans and friends have gone to the school to pay their respects to Bryant. A memorial has been established, complete with flowers, Bryant jerseys — both Lakers and Lower Merion ones — candles, teddy bears and basketballs.

“Honestly, I didn’t realize how much he had impacted my life until I found out the news,” local resident DaVonn Grosvenor said Monday. “It’s tough when you lose an icon, when you lose a legend. He had so much more to offer. So I just had to come by and pay my respects. The only way I knew how was on the grounds he walked on once upon a time.”

Before playing 20 seasons for the Lakers and winning five championship rings, Bryant dominated at Lower Merion. He enrolled there after his family moved back to the United States from Italy, where his father, Joe Bryant, played professional basketball. Before long, he was on his way to being a four-year starter for the Aces, scoring 2,883 points. Now the court that made him the school’s leading scorer bears his name as the Bryant Gymnasium.

On Sunday afternoon, Amy Buckman, a representative for the school district, held a news conference on campus, saying Bryant has “raised the profile of our high school and our district throughout the world.”

Meanwhile, in Los Angeles on Tuesday, admirers from as far away as China continued to crowd the plaza leading to Staples Center as arena officials opened adjacent Chick Hearn Court to pedestrian traffic to allow the placement of still more memorials of flowers, balloons, photos, paintings, jerseys, hats, basketballs and thousands of heartfelt written messages.

During the Dallas Mavericks’ home game against the Phoenix Suns on Tuesday, the Mavs’ coaching staff wore pins with Nos. 24 and 2 — the numbers used by Bryant and his 13-year-old daughter, Gianna. On Sunday, Mavericks owner Mark Cuban said his team will retire the No. 24 jersey in tribute to Bryant.

In Italy, AC Milan and its fans paid tribute to Bryant with lights and applause before and during Tuesday’s Italian Cup game against Torino at San Siro stadium.

As Milan and Torino warmed up before the game, the words “Legends Never Die” and “SempreKobe” — a play on the “SempreMilan” (or “AlwaysMilan”) hashtag often used by the club — were displayed on the advertising boards around the San Siro while images of Bryant were shown on the giant screen.

Shortly before the teams walked out for the kickoff, the stadium was darkened and the public-address announcer paid tribute to Bryant while fans applauded and held up phone lights. The song “Who Wants to Live Forever” by Queen then was played. Both teams also wore black armbands.

ESPN’s Malika Andrews and The Associated Press contributed to this report. 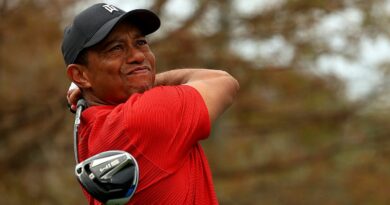 Coronavirus: NBA moving toward banning fans, but still no decision on how to handle games 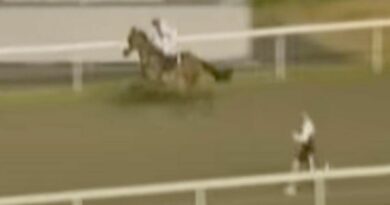