CONFUSION REIGNS AS the Utah Jazz jog back on defense. Mike Conley is scurrying across the floor in search of someone to guard.

It is Monday night in Salt Lake City, and the Phoenix Suns are pushing the ball up the floor after a routine defensive rebound early in the fourth quarter. All five Jazz players are inside the 3-point arc as Suns backup point guard Jevon Carter shovels a pass to rookie forward Cameron Johnson on the left wing. Johnson blows by a haphazard Conley closeout. He has a clear path to the basket.

Kelly Oubre Jr., spotting up on the opposite wing, senses an opportunity as the Jazz’s defense collapses. He cuts as Georges Niang, the man guarding him, turns his back and runs to the paint.

Rudy Gobert, the Jazz’s All-NBA rim protector and the man who is defending Dario Saric on the perimeter, dashes to the restricted area to keep Johnson from getting an easy layup. Johnson, unfazed, merely dumps the ball to Oubre for a nasty southpaw slam over the “Stifle Tower,” who doesn’t even have time to get his hands over his head as he attempts to challenge the springy Suns wing.

Oubre celebrates with an animated head nod and a flex, drawing a technical foul for taunting after putting the Suns up 15 points with 9:42 remaining. As Jazz fans boo the home team after the whistle, Oubre cracks a big smile.

It’s a lot of fun to face the Jazz these days.

This defensive lapse comes a few nights after head coach Quin Snyder said the Jazz “capitulated way too easily in a lot of situations” during a 113-104 home loss to the San Antonio Spurs — which is how a coach who earned three degrees from Duke publicly calls out his team for not playing hard enough.

Having stumbled out of the All-Star break with three straight home losses — the 131-111 rout by lottery fixture Phoenix especially embarrassing — the Jazz don’t appear to be the dark horse title candidate that people around the league anticipated they would be after a splashy summer.

They are in disarray. The Jazz have dropped from second to fifth place in the West over the past month as they brace for a visit from the Eastern Conference power Boston Celtics (10:30 p.m. ET, ESPN).

All of which begs a simple question: What in the world is wrong with these Utah Jazz?

THE JAZZ JUST weren’t good enough. That harsh reality hit last spring when the Houston Rockets dismissed them with a gentleman’s sweep for the second straight postseason, this time in the first round.

Utah, which last advanced to a West finals 13 years ago, wasn’t willing to settle for being a solid, second-tier team in the West. That meant the front office had to make major changes, altering the fabric of a franchise that had prided itself on having built one of the NBA’s toughest teams.

Teams that rely on a dominant defense to carry a decent offense have a ceiling, and that ceiling has revealed itself to be somewhere below legitimate contender. That describes the Jazz of the previous three seasons — seasons in which Utah finished among the NBA’s top three teams in defensive rating and between 12th and 16th in offensive efficiency.

Over the summer, the Jazz sought to address that weakness through a series of offensive upgrades to their roster. But those upgrades — specifically, trading for point guard Conley and signing sweet-shooting forward Bojan Bogdanovic — required, in turn, sacrificing pieces that had played significant roles on Utah’s defense.

To make room for Bogdanovic, the Jazz moved on from Derrick Favors, whose presence had guaranteed that Utah would have premier rim protection even when Gobert rested. And Jae Crowder, a defense-first forward, was part of the package sent to Memphis in the Conley deal.

Indeed, the Jazz are much prettier now, featuring a top-10 offense and leading the league in 3-point percentage (38.4), with Bogdanovic joining first-time All-Star Donovan Mitchell to give Utah a pair of 20-point-per-game scorers for the first time since 1991-92.

The problem: The Jazz’s very foundation has cracked.

“I feel like it’s not in our DNA yet to be dogs defensively as a team,” says Gobert, the two-time reigning Defensive Player of the Year. “It’s in the program’s DNA, but we don’t come out every night thinking, ‘I’m going to be physical; I’m going to make things hard for the other guy.’ We need that dog mentality.”

Statistically, the Jazz this season are a mediocre defensive team. They rank 13th in defensive rating, allowing 108.3 points per 100 possessions. It’s the worst Utah has been on that end of the floor since 2013-14, when they won 25 games and Gobert was a raw rookie who spent most of the season in the G League.

Dive deeper into the metrics and it’s even more humiliating. During the Jazz’s current 4-8 funk, they have allowed 116.4 points per 100 possessions, worse than all but four NBA teams over that same span. Never mind being dominant; the Jazz are merely striving to reestablish themselves as a respectable defensive team.

“We’ve shown that we can do it,” Mitchell says. “If we go out there and don’t do it, it makes it even worse, because we know we can. We’ve seen it. We’ve seen what it looks like.”

IT WASN’T LONG ago when all seemed well in Salt Lake City.

Indeed, from Dec. 25 through Jan. 25, a little longer than a quarter of a season, the Jazz looked like a juggernaut. They won 19 of 21 games, dominating a soft stretch of their schedule, playing spectacular offense and solid defense.

In the process, the Jazz’s identity was altered — not necessarily for the better.

“When we started to become very good offensively this year, our focus kind of shifted,” Gobert says. “It’s almost like we let [our defense] slide. I think it’s natural as humans when things go well, we’re not as hard on ourselves. We’re winning, so we keep doing what we’re doing.

“And that edge just slowly goes away.”

Since that run, the Jazz have been on a roller-coaster ride: a five-game losing streak, four straight wins going into All-Star Weekend, three straight home losses in four nights coming out of the break.

The Jazz’s roll ended with a stunning Jan. 27 home loss to the severely short-handed Rockets, who were resting Russell Westbrook on the second night of a back-to-back and didn’t have James Harden due to a thigh contusion. In their place, Houston guard Eric Gordon exploded for a career-high 50 points.

“We pulled the rope-a-dope on them,” said Rockets coach Mike D’Antoni after the game.

But Gordon and the Rockets also exposed the Jazz’s defensive vulnerabilities. Dynamic creators, in particular, give the Jazz problems, especially in transition and when Gobert is pulled away from the rim because he’s guarding a 3-point threat.

“We can’t put everything on big boy down there,” Mitchell says. “We’ve got to be able to contain the ball, be able to communicate. We have spurts, for sure, but we have to be able to put a whole game together on a consistent basis.”

Gordon was 8-of-10 in the restricted area and 16-of-20 from the free throw line during his career-best scoring outburst. Two nights later, San Antonio’s DeMar DeRozan scored 38 to lead the Spurs to a win over the Jazz. A few nights after that, Portland’s Damian Lillard lit up the Jazz for 51.

“We’re not good enough to just walk into games and play lackadaisical and take possessions off,” Conley says. “Good teams will beat us.”

IT IS JAN. 25, and the NBA’s hottest team is facing a test at home. With the Dallas Mavericks leading by a point in the final minute, the Jazz put the ball in Mitchell’s hands. They’re counting on their go-to guy to deliver.

After getting a high screen from Bogdanovic, Mitchell attacks, crossing over with his dribble and accelerating down the middle of the lane. He draws a crowd of four Dallas defenders in the paint.

In the past, Mitchell might have tried to force a finish over 7-foot-3 Kristaps Porzingis, but the guard has grown as a playmaker in his three NBA seasons, becoming more comfortable making reads at 100 mph. He fires a pass to the left corner, finding Royce O’Neale, who steps into the open 3 and swishes it. Now the Jazz need a stop.

Utah forces the ball out of MVP candidate Luka Doncic’s hands — O’Neale staying on Doncic’s hip on a pick-and-roll and Gobert showing, blocking Doncic’s path to the basket while leaving Delon Wright open at the top of the arc.

Doncic dishes to Wright, who immediately drives and forces Gobert to change directions. It’s a tough recovery for the 7-foot-1, 258-pound center, but Gobert shines in these situations. (Per Second Spectrum data, opponents have scored only 0.60 points per isolation possession against Gobert this season, the lowest allowed by the 49 players who have guarded at least 50 isos.)

Gobert spins, his back to the ball for a split second, before recovering as Wright races to the rim for a right-handed layup. Gobert leaps, reaches out with his long left arm and rejects the ball off the glass, as spectacular a game-saving stop as you’ll see.

Free throws seal what feels at the time like a statement win, proof of the Jazz’s two-way potential. It was the 19th win in that 21-game stretch of dominance.

But it’s also a distant memory now for a desperate team whose season seems to be slipping away. 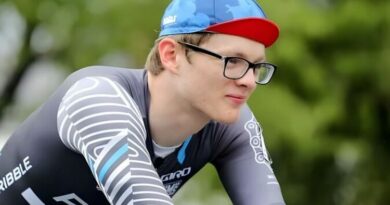