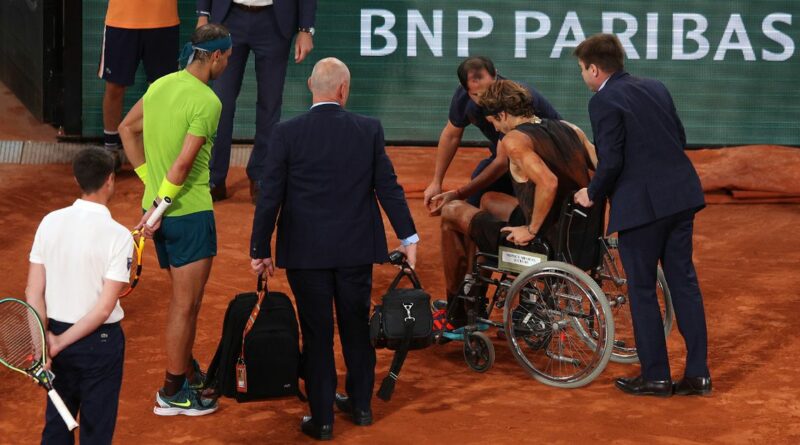 Alexander Zverev suffered a gruesome injury to his ankle before being taken off the court in a wheelchair at the French Open.

With the score 7-6, 6-6 in Rafael Nadal’s favour and the pair about to go into a second tiebreak, the German third seed fell and injured himself while attempting a forehand. In distressing scenes, his foot rolled over at a sickening ankle, leaving the 25-year-old tennis star screaming in agony.

Officials rushed to his assistance, as did Nadal from the other side of the net at Court Philippe Chatrier. And after being helped to his feet by medical staff, Zverev was taken off the court in a wheelchair for treatment.

He re-emerged on crutches to an ovation from the crowd but informed the umpire that he could not continue. He embraced Nadal before waving to the crowd with his crutches.

Nadal commented on the upsetting scenes: “It’s very tough, very sad for him. He was playing an unbelievable tournament, and I know he was fighting to win a grand slam. I’m sure he will win more than one and I wish him all the best.”

It puts Nadal through to yet another Roland Garros final, where he has never lost before in the tournament. The Spaniard will be the overwhelming favourite to win his fourteenth French Open when he faces the winner of the second semi-final between Norway’s Casper Ruud and world number 23 Marin Cilic.

That comes despite an impressive 91-minute first set by Zverev in the French capital, where he started superbly by breaking in the first game. His 1-2 combination of serve and groundstroke had him in command, but errors crept into the German’s game and Nadal came back to win the set 10-8 in spectacular fashion.

For Mother’s Day, here are some classic moments between athletes and their mothers 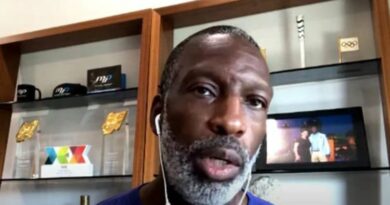