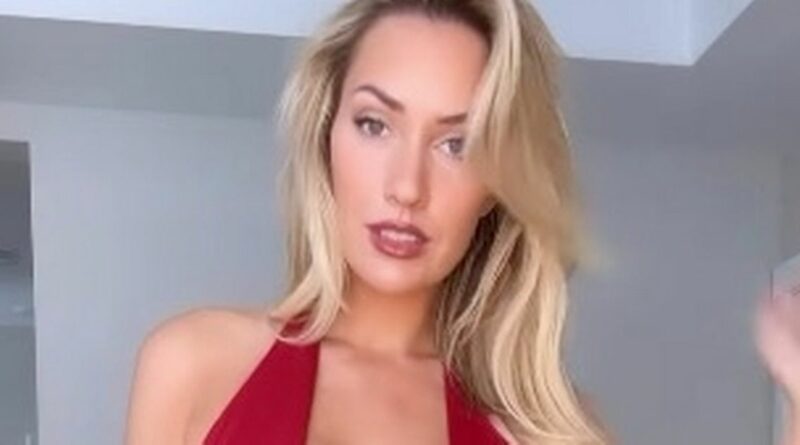 Paige Spiranac jokingly laughed she is terrified her children will one day ask why people call her ‘Alpha Jugs’.

The Golfing bombshell attributed the name ‘Alpha Jugs’ to herself as a tribute to her favourite assets – her breasts. Of course, the nickname was a means for the former pro player to put author Nick Adams in his place, after he insinuated female golfers would have their own ‘par 3 green’ as they ‘clog up the championship courses’.

Spiranac’s fans, of which she has millions all over the world, loved her instant quip back at Adams. However, the star admitted, in jest, she fears her quick wit may come back to bite her later on.

While Spiranac would be the first to admit she is more well known for her stunning looks and slender figure than her golf skills, she is still passionate about the female golfing community, who so often have to tolerate bigoted and exclusionary views. The American is always the first to come to the aid of her fellow female colleagues.

She came steaming in for Adams when he controversially tweeted, "Can’t there be a par 3 course set aside for the slow female golfers so they don’t clog up the championship courses on the weekends? There’s no reason women should be allowed to slow down the pace of play."

Determined not to let it slide, Spiranac then replied: "It would be so satisfying out driving you all day long." A disgruntled Adams then hit back, writing: "Listen, Paige, you’re not famous because of your golf swing or how far you can drive the ball.”

What was your reaction to Paige Spiranac's new nickname? Let us know in the comments section below

Determined not to be outdone on social media, the influencer then instantly replied, "Listen, Nick, we all know I have fantastic milkers. I shall now change my name to Paige Spiranac (alpha jugs)."

While her fan base loved her new nickname, Spiranac did laugh that it could come around to haunt her in the future if she ever has children. “Social media is all fun and games until years later, when my future children come home to ask me, why men on the internet call me Alpha Jugs lol,” Spiranac posted.

Considering her creative ingenuity for nicknames for herself, another nickname could take its place between now and the birth of her future children. 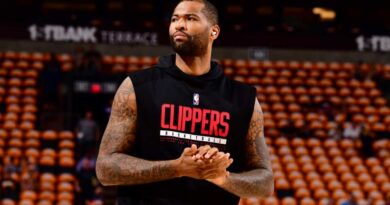 Can DeMarcus Cousins help the Bucks? Veteran center to sign with Milwaukee 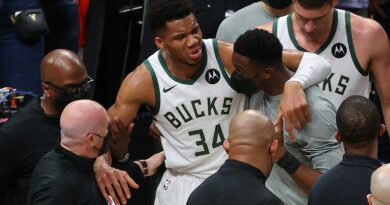