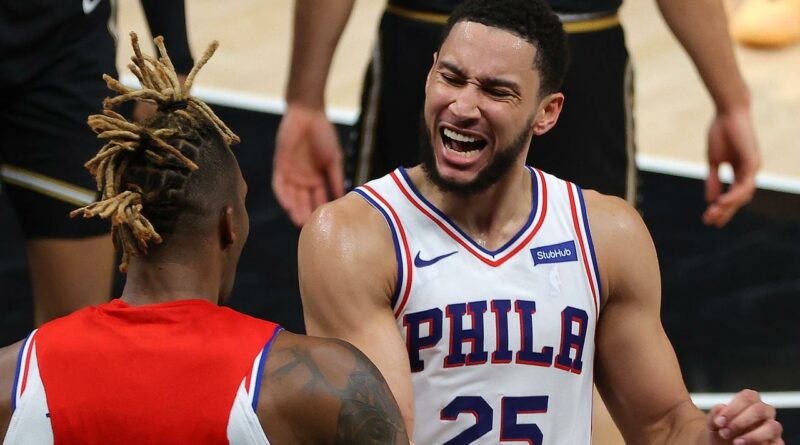 NBA fans have accused Ben Simmons of receiving favourable treatment from the referees after he was involved in a tough tangle during game four of the Eastern Conference semi-finals between the Philadelphia 76ers and the Atlanta Hawks.

In the third quarter, Simmons aggressively contested a lay-up attempt by Hawks power forward John Collins, hitting him hard across the body.

Watch the best of the NBA Playoffs, including every game of the NBA Conference Finals & NBA Finals Live with ESPN on Kayo. New to Kayo? Try 14-Days Free Now >

Fortunately for Simmons, he escaped with just a flagrant foul and was allowed to play out the remainder of the game.

But eagle-eyed fans were quick to compare Simmons’ foul to a similar incident in Monday’s game featuring the Denver Nuggets and Phoenix Suns.

Ben Simmons was lucky not to be ejected from the game for fouling Atlanta’s John Collins. (Photo by Kevin C. Cox/Getty Images)Source:Getty Images

Newly crowned NBA MVP Nikola Jokic was ejected from the game for slapping Phoenix’s Cameron Payne around the shoulder and neck, even though he was aiming to knock the ball out of Payne’s hands.

Viewers believed Simmons was lucky to not be kicked out of the game.

Ben Simmons gets a flagrant foul after this hard foul on John Collins pic.twitter.com/gsOR6BR7bE

Ben Simmons flagrant was worse than Jokic… (neither should be ejections) pic.twitter.com/9k6hZ6v2Fg

Nikola Jokic would have been kicked out of the NBA if he did what Ben Simmons just did.

How did Simmons not get ejected lol? To be fair, I think Jokic’s ejection was wack but you gotta be consistent as refs. #NBAPlayoffs

However, the no-call on Simmons didn’t help Philadelphia’s chances in the end, with Atlanta staging a second half comeback to run out 103-100 winners and level the series at 2-2, having earlier trailed by as much as 18 points in the second quarter.

The Australian had a chance to put the 76ers in the lead in the dying seconds as he claimed an offensive rebound with the Sixers down one point, only to fumble out of bounds under pressure.

Bizarrely, 76ers coach Doc Rivers sat Simmons — who didn’t score a point in the fourth quarter — on the bench for Philadelphia’s final possession of the game.

Making the decision to bench Simmons for the final play even more puzzling was the fact that his star teammate Joel Embiid was struggling with a knee injury.

Kyle Neubeck of Philly Voice said “Simmons’ impact on the game came to a screeching halt at halftime”.

“As the point guard of the team, it’s on Simmons to get things organised and move pieces around the chessboard on the fly when things are going wrong,” Neubeck wrote.

“He is responsible on some level for the entire offence, and showed no ability or willingness to get Philadelphia moving in the right direction.”

Philadelphia only scored 38 points in the second half, which Simmons addressed after the game.

“We came out sluggish. They pushed us and we didn’t push back,” he told reporters. “This is going to be a long series. We’ve got to lock in”

Simmons has been criticised for not attacking the basket and shooting the ball enough, which was highlighted in the Sixers’ poor second half display.

“I definitely should have been more aggressive and attacked more,” he said.

Did Ben Simmons do anything in the fourth quarter of that game?

The Hawks managed to cause an upset despite their star point guard Trae Young nursing a shoulder injury.

Young had 25 points and a career-high 18 assists to lead Atlanta to victory.

It wasn’t all bad news for Simmons and the 76ers though. The 24-year-old’s tough defence was rewarded earlier on Tuesday (AEST) when he was named in the NBA All-Defensive First Team.

Simmons and NBA Defensive Player of the Year Rudy Gobert were the only players to be unanimously voted into the team, each receiving the maximum 100 votes.

From Dirk to Durant: Five NBA milestones to watch 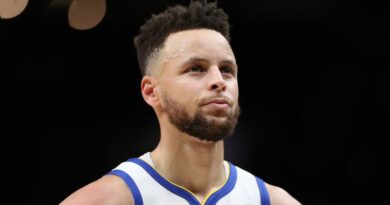