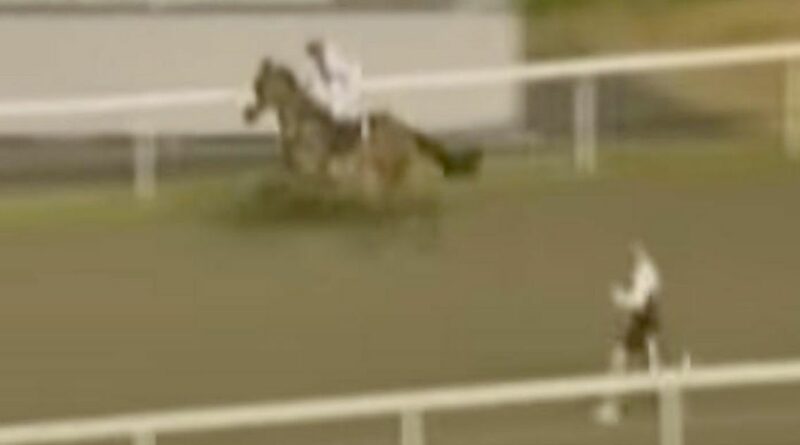 It’s a question nobody asked but one that we now know the answer to – who would win in a race between a sprinter and a thoroughbred racehorse?

Punters at Kempton Park were treated to the quite unique spectacle when two legs took on four in a race for charity in 2010.

The race in question saw former world champion sprinter Jamie Baulch take on the Brendan Powell-trained Peopleton Brook in a 100m dash down the run-in to the winning post.

Anyone who stayed late to watch the 10pm inter-species battle would have been forgiven for thinking they'd had a drop too much to drink as horse lined up against human.

In a scene reminiscent of Jesse Owens’ famous man vs horse contests, Baulch took his position a little bit in front of the starting stalls.

But even with a decent advantage, there was nothing he could do to repel the charge of heavy favourite Peopleton Brook, who was available at 1/9 before the start of the race.

The horse galloped out of the stalls with menace, and it wasn't long before he was on Baulch's coattails as they reached the halfway stage.

What animal do you think you could beat in a 100m sprint? Let us know in the comments section.

Within a matter of seconds, the sprinter's advantage had been completely swallowed up as Peopleton Brook cruised to the line well in front of his rival.

"I am obviously disappointed, but all credit to the horse," said Baulch, who won an Olympic silver medal for Great Britain in the 400m relay in Atlanta in 1996.

"He absolutely flew past me. After about 60 metres I just heard this thundering noise behind me. I thought, 'My god, it’s the horse' and I knew that was it. I had no chance.

"He’s a wonderful creature and my God he can run," said Baulch. "The race was such a lot of fun and a great atmosphere. I am pretty exhausted but I just want to do it again now."

After his victory, the horse's owners graciously decided to split the £10,000 charity prize between the Injured Jockeys’ Fund and the children's charity Barnardos.

"Either way, the money has gone to a fantastic cause," said Baulch afterwards. "I’m delighted."

Baulch is not available at any price for the Cheltenham Gold Cup next week. 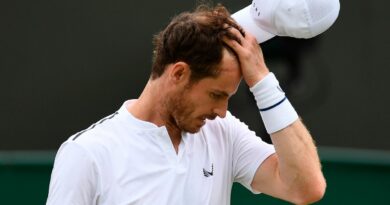