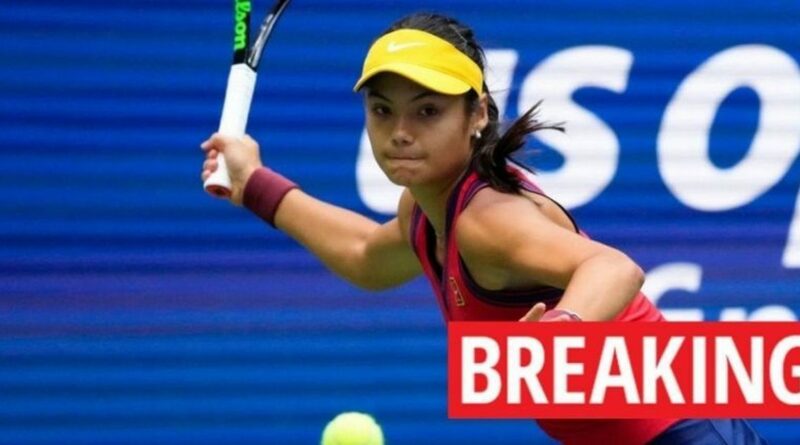 Emma Raducanu’s fairytale in New York had the happiest ending last night as the English teenage sensation landed the US Open title.

Raducanu, 18, had already smashed every record going by becoming the first qualifier – male or female – to reach the final of a Grand Slam.

Well, on a sun-soaked evening at Flushing Meadows, she went a massive step further to complete one of the most breathtaking, unexpected triumphs in the illustrious history of this sport.

Forget falling at the final hurdle, forget she might be a tad fatigued given her meeting with Canadian youngster Leylah Fernandez, 19 was her TENTH match in the last Slam of 2021.

Raducanu ignored those obstacles as she fulfilled her date with destiny with a brilliant 6-4 6-3 romp.

The Brit described merely reaching this stage of the event – without dropping a set – as ‘mind-blowing’.

Well, that’s the best way to describe her achievements in becoming the first woman from these shores to win a Slam since Virginia Wade’s Wimbledon success in 1977.

Fittingly, Wade, who also won the 1968 US Open, was courtside at the Arthur Ashe Stadium to witness the magical moment.

So brilliant Raducanu has already ended Britain’s brief spell in the tennis doldrums.

Just as the nation’s racket-wielding fans were getting used to Sir Andy Murray no longer competing for the sport’s biggest prizes, along comes this extraordinary female teenage talent – out of nowhere – to completely change the landscape.

Victory or defeat in New York would have made no difference. British tennis has a new, genuine world-class talent.

Raducanu gave us more than a glimpse of what might be further down the road with her wonderful Wimbledon run earlier this summer.

But nobody of sane mind thought that could possibly happen within 60 days of her SW19 heroics, which ended abruptly in the fourth round with injury and breathing issues, leaving the girl with the brightest of smiles in tears.

Some clueless observers immediately condemned her defeat, as seems the norm nowadays, as ‘snowflake-like’.

Well, those snipers have been dismissed amid a blur of sizzling, sensational wins across the pond.

Between Wimbledon and her unprecedented Big Apple blitz, Raducanu secured A grades in Maths and Economics A-levels.

Brainy off the court, as well as on it.

No wonder Toronto-born Raducanu, whose parents moved to England when she was two, dismantles higher-ranked rivals with such mesmerising speed and simplicity.

Her lethal groundstrokes off both wings, her graceful, lightning pace across the court, her powerful serve and exquisite touch at the net are all combined with this steely, match-play sharpness up top.

The transition at the top of British tennis, from Murray to Raducanu, is as swift as it is seamless.

Wiggins: There’s not 100 players better than me