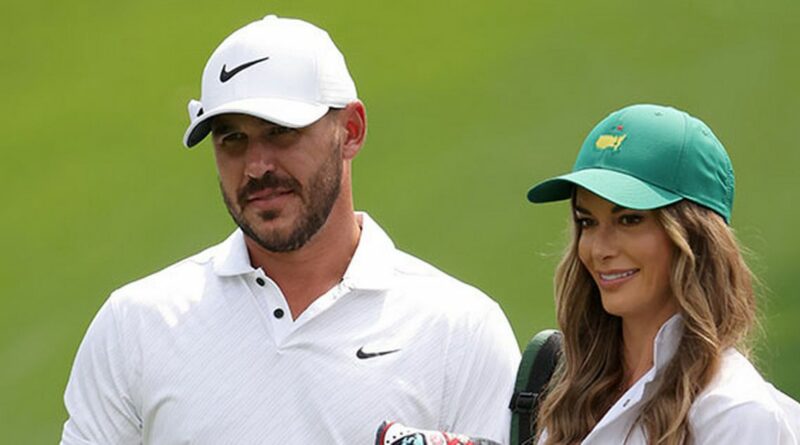 The wife of golf star Brooks Koepka has made an audition tape to be a Sports Illustrated model. Jena Sims has longed to feature in the long-standing magazine and she has now thrown her hat in the ring to try and make that a reality.

The 33-year-old took to TikTok to make the announcement and believes her go-getter mindset helped her get hitched with the four-time major winner after she slid in his DMs several years ago. “I’m a firm believer in going after what you want, – in fact I slid into my now husband's DMs,” she said. "That's why I'm submitting for my dream job of Sports Illustrated Swimsuit rookie."

“I’m a former pageant winner myself, but losing a pageant absolutely sucks. But in the grand scheme of things, there are kids that feel like they are losing at everything. That’s exactly why I created the Pageant of Hope,” Sims said of her nonprofit organisation, which hosts beauty pageants for children with cancer and other disadvantages.

It strives to “empower, celebrate and advocate for children facing challenges,” per the organisation’s website. She added: “Helping people and spreading joy really is my passion, and I know that together, we can create even more positive impact on the world.”

Since sharing the video online, Sims has received support from SI Swimsuit models Kristen Louelle and Christen Harper, who cheered her on in the comments section of her TokTok announcement. As the American mentioned in the video, she is a former pageant competitor.

Will Brooks Koepka be persuaded to join the controversial LIV golf series? Let us know in the comments section.

She represented Georgia in the Miss Teen USA 2007 pageant in Pasadena, California in August 2007, but did not place. Sims is also an actress and model who starred in both Attack of the 50 Foot Cheerleader, 3-Headed Shark Attack and Sharknado 5: Global Swarming.

After getting engaged last year, Koepka tied the knot with his gorgeous fiance in Turks and Caicos ceremony last weekend. The pair posted some adorable loved-up snaps to social media and wrote: “Best. Day. Of. My. Life.” 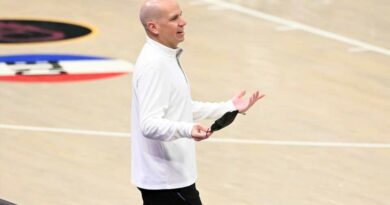 Why the Pacers fired coach Nate Bjorkgren after just one season 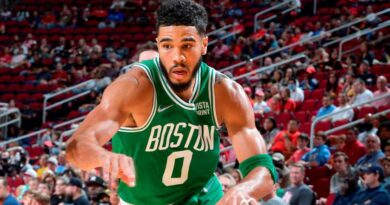