MINNEAPOLIS — Jimmy Butler might still be waiting to be traded, but that didn’t stop the Minnesota All-Star from burying LeBron James and the Los Angeles Lakers under a barrage of 3-pointers on Monday.

Delivering perhaps his best game since he demanded a trade during the preseason, Butler scored 32 points and was a perfect 5-for-5 from behind the 3-point arc in the fourth quarter, including a 26-footer over Rajon Rondo’s outstretched arms with 19.7 seconds left to effectively seal the Minnesota Timberwolves’ 124-120 victory over the Lakers at the Target Center.

Despite demanding a trade, Butler has averaged 22.5 points, 5.3 rebounds, 3.0 steals and 1.3 blocks in six games, and he says the preseason drama won’t stop the Timberwolves from playing together.

“It’s basketball,” Butler said when asked about hitting a big 3-pointer in the context of what he and the team have been through this season. “I don’t think nothing that has gone on before this game has anything to do with us going out there and competing.

“We all go out there and play together, play to win — with or without what is going on.”

Butler seemed to be energized by the Lakers and James being in the building. He finished 6-for-7 from behind the arc.

Playing without the injured Andrew Wiggins, the Timberwolves (3-4) inched closer to .500 after opening the season by playing three of their first five on the road. It could have been a dysfunctional start for the Timberwolves, who were mired in controversy after the Butler trade demand dominated the headlines around the team.

After going 2-for-11 and scoring four points in a loss to Milwaukee on Friday, Butler rebounded with 32 points, 6 rebounds, 4 assists and 2 blocks against the Lakers.

“I think you have to have a mentality to understand the course of a season,” Thibodeau said of the Wolves’ snapping a two-game losing streak and bouncing back from a 125-95 loss to the Bucks at home. “There will be some ups and downs, and how you deal with both are important. If things are going well, if you start to feel too good about yourself, you are usually going to get knocked down, and you also have to know how to lift yourself up when things aren’t going your way. There are important lessons to be learned. I think two days of practice were good for us.”

The Timberwolves rose up behind Butler.

With the game tied 99-99 in the fourth, Butler hit four 3-point shots and found Towns for a triple to put the Lakers down 10 with 4:56 left.

The Lakers cut the deficit to two, but Butler responded with his 3-point dagger over Rondo.

“We came out to play some basketball tonight,” Butler said of the Wolves. “We did that from the jump. They were playing fast, which made us play with energy, so I guess their energy helped out.

“… I enjoy matchups against LeBron, James [Harden], KD [Kevin Durant], Stephen Curry, whoever it may be,” Butler added when asked if James brought out the best in him. “I just want to show that I can compete with the best of them.” 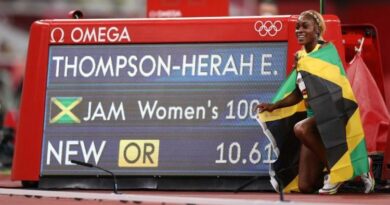