In a guest appearance Friday on CNBC, Barkley said he's felt the national spotlight — on athletes and the media covering them — shines too brightly on statements like kneeling during the national anthem or social justice messages displayed on jerseys.

"What's happening now is we're turning into a circus," said Barkley, a basketball analyst for Turner Sports. "Instead of talking about racial equality, racial justice and economic justice, we spend all our time worrying about who's kneeling and not kneeling. What's being said on buses. What's been said on jerseys. I think we're missing the point.

"We need police reform, prison reform. Those are No. 1 and No. 2 things to focus on. We need the cops, good cops out there policing bad cops. … When we spend time focusing on what's on the jersey, that's gonna defeat purpose. My concern is this is turning into a circus instead of trying to do some good stuff."

The NBA announced plans last week that players in Orlando will be allowed to showcase social justice-related messages on the back of their jerseys with phrases that include “Black Lives Matter,” "I Can't Breathe" and “Equality." Barkley said the influx of social justice messages could turn off fans just looking for escapism.

"We are in a divided country," Barkley said. "Sports used to be a place where fans could go and get away from reality. Now it's such a mixture. It's going to be fascinating watching what happens with the fans. Fans are at a disadvantage, they're going through the pandemic. They don't want to see a bunch of rich people talking about stuff all the time. I don't think there's a right or wrong answer. People lost jobs and the last thing they want to do is turn on the television to hear arguments about stuff all the time. It's going to be very interesting to see how the public reacts."

The NBA restarts its season July 31 with 22 teams inside a "bubble" at Disney World. Barkley said there's an unpredictability factor to how things will go, noting that it will be difficult to avoid a positive coronavirus test to a player that could derail the season. He also said he felt like the NFL and college football have an advantage of watching the NBA, NHL and MLB host their seasons to gauge how well live sports will fare.

"We are all flying in the dark right now and I don't think anybody knows what's going to happen," Barkley said. 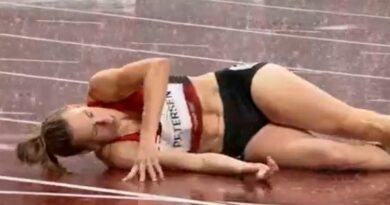