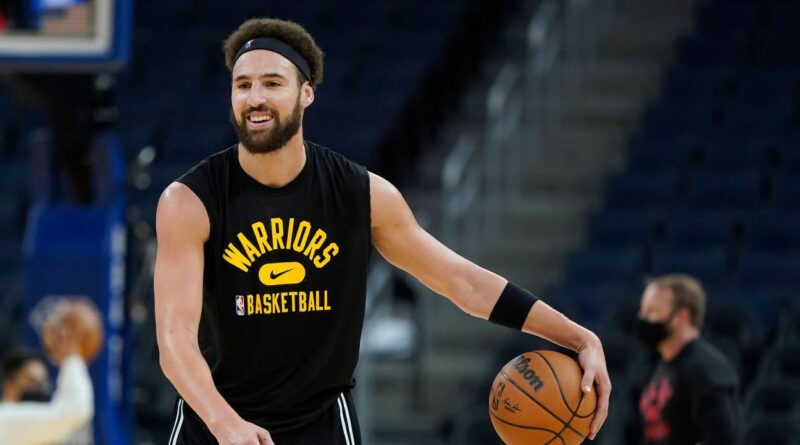 Golden State Warriors star Klay Thompson might have less time to entertain his fan base via live broadcasts on social media in the near future.

As reported by ESPN’s Adrian Wojnarowski, Thompson is expected to return to the Warriors’ starting rotation against the Cleveland Cavaliers on Sunday. The five-time All-Star and three-time NBA champion spent the past two years sidelined recovering from a torn left ACL and right Achilles tear.

During his 941-day absence, Thompson quickly became a must-follow on social media. He took on many personas in his time away from the court, from “Kayak Klay,” to “Captain Klay” and much more.

Here’s some of his most memorable moments on Instagram live:

“Smooth waters never made a skilled sailor. So, I’ll be back soon.”

After missing the entire 2019-20 NBA season Thompson returned to practice in Sept. 2020. Shortly thereafter, in November 2020, he suffered another season-ending injury during a workout in Southern California.

Now, he is set to return alongside Splash Brother, Stephen Curry, to a Warriors team that currently holds the second spot in the Western conference standings.

“No rookies on my Live!”

Thompson, clad in a T-shirt that depicted Jimi Hendrix in a Seattle Supersonics jersey, touched on topics ranging from his return, to campaigning for the Sonics franchise to come back to the NBA. Once he noticed that teammate Jonathan Kuminga was watching, he told the rookie to get in the gym.

“Far from the Bahamian waters”

His father, Mychal Thompson, the first overall pick in the 1978 NBA draft, was born in the Bahamas. Klay attributes his calm demeanor to his father’s island mentality.

The elder Thompson told NBC Sports Bay Area that the water is Klay’s happy place aside from the basketball court, and that his son’s love for the water could be tied to their Bahamian roots.

“That’s my last taste of hoops, man. NBA Finals, I miss it.”

While listening to Drake, hip hop star and Toronto Raptors’ ambassador, Thompson reminisced about Game 6 of the 2019 NBA Finals against the Raptors, the last time he played in an NBA game. The Raptors went on to win the contest, clinching the series (4-2) to earn the franchise’s first championship.

“The ocean and the hardwood: my two favorite places to be.”

Echoing the sentiments made by his father, Klay expressed his love for aquatics and hoops. In December 2020, he had a five-day stint with the Warriors G League affiliate in Santa Cruz and participated in three game-length scrimmages. However, he couldn’t contain his excitement at the thought of returning to playoff basketball.

Was this the worst season of LeBron James’ career?

Mark Cuban fined $50,000 for leaking information from NBA Board of Governors meeting