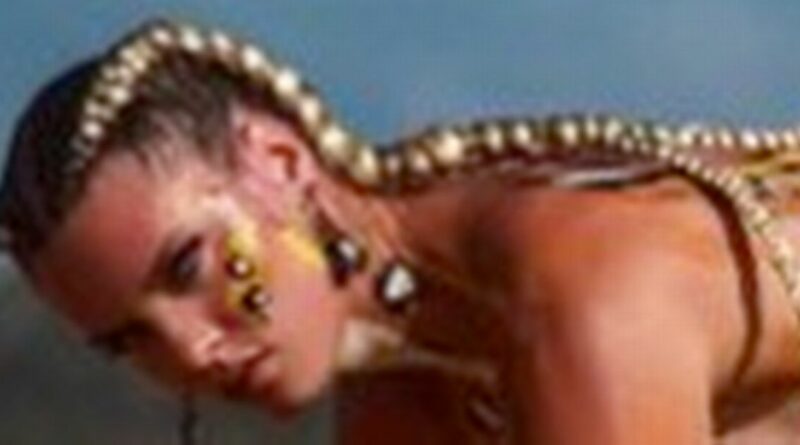 Canadian Commonwealth Games star Alysha Newman, 28, once shared a snap of herself with just body paint to preserve her modesty.

The pole vaulter posed as a cheetah with spots painted across her body as Newman 'embraced her inner strength'. The Canadian captioned the post: "When you embrace your inner strength and turn it into reality!"

Newman is no stranger to stripping down on her Instagram, and one snap shows the pole vaulter with an octopus over her shoulder, covering a nipple. The Canadian also runs a raunchy OnlyFans account alongside her sporting life.

Newman has quickly become a popular figure on the platform, racking up more than 21,000 subscribers in just over 12 months.

However, access to her page doesn't come cheap, and she charges fans $19.99 or £16 a month to view her content, which includes outfit posts and "special content" for her "favourite tippers".

According to TotalSportal, Newman could potentially pocket £850,000-per-year based on the amount she posts, the likes she's received, and her subscription count.

What do you think of the snap? Let us know in the comments section below

Speaking about her body, Newman said last year: "If we don't push limits, break barriers and expectations, it will do nothing but hold us back from our true selves.

"As a woman and an athlete, I have been breaking barriers my entire life and this campaign 'Play To Win' allowed me to show another side of the beauty of being a woman!"

Newman has a genuine chance of a medal in Birmingham this month – after taking bronze in Glasgow and then gold on the Gold Coast.

However, even that mammoth number is dwarfed by Yelena Isinbayeva – who, in 2009, jumped an incredible 5.09 meters to set a new world record that still stands 13 years later.

Bellator London fight card and start time: Who is on SSE card and how do I live stream it?

Three hurdles LeBron must clear to win the 2020 NBA title