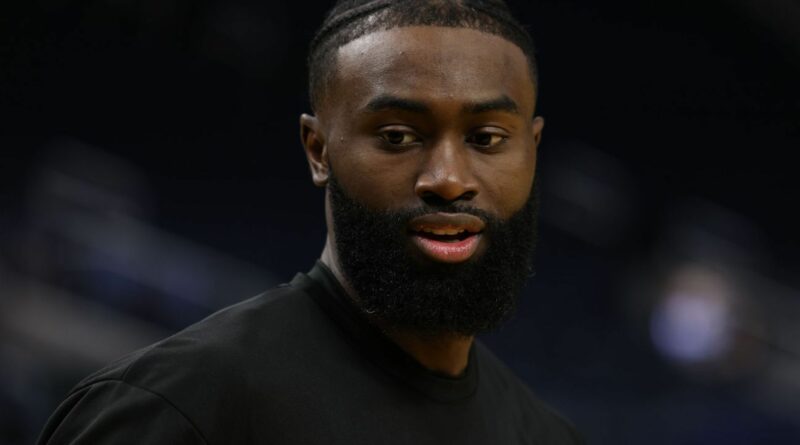 SAN FRANCISCO — The Boston Celtics know that, once again, they failed to take advantage of securing home court by dropping Game 4 of the NBA Finals Friday night.

But, as the series shifts back here to Chase Center for Game 5 Monday night with the series now turning into a best-of-3 affair for the NBA title, Boston remains confident it can once again secure the road win it needs to get the job done.

“You can take positives out of anything,” Celtics forward Jaylen Brown said. “Obviously, I think we can be in a better position than we’re in, but we’re not. It’s 2-2. Still, nothing to hang your head about. A lot of great basketball is still in front of us. We take our mistakes and learn from them and you apply it as best you can going forward. I still think we are in a great spot.

“I’m excited to see how we respond over the next couple of days. I mean, it’s exciting. It’s the biggest stage in the world. I’ll take our group, our guys, versus anybody. So I’m looking forward to it.”

There’s plenty of reason for Brown to feel optimistic about Boston’s chances against the Golden State Warriors. Yes, the Celtics will have to win at least one more road game to win the NBA title, but they have — so far in these playoffs — had more success away from home than playing at TD Garden. Entering Game 5, the Celtics are 8-3 in road games in this postseason — compared to going just 6-5 at home.

And, on top of that, Boston has won all seven games it has played after a loss so far in these playoffs – and has gone 13-1 in such games since the Celtics began turning their season around in late January.

“We obviously put ourselves in the position to stretch the lead and be up 3-1,” Celtics coach Ime Udoka said. “But, bottom line is we’re 2-2 and we earned that as well, not being down 0-2 or 1-2 or whatever the case may be. And so I’m sure they said the same thing about Golden State after we beat them here. We know it’s a long series. Like I said, we’ve been battle tested in two seven-game series in Milwaukee and Miami.”

Those experiences against Milwaukee and Miami in the Eastern Conference semifinals and finals, respectively, are also part of Boston’s confidence moving forward. The Celtics went on the road and won elimination games against both teams in their own building, which gives them confidence they can do the same thing this time around.

“(Game 4) was a tough loss, and we understand that,” Tatum said. “We’ve been here before. This is third time in a row I feel like we’ve been here. So we know what it takes. We know what we have to do and attention to detail and things like that. I’m confident like I have been all playoffs, confident in the fact that we’ll respond and play better for the majority of the game (Monday).”

The other factor Boston is focused on is that there are clear things that the Celtics can control that, if they do them, should lead to positive outcomes. When Tatum has at least seven assists in a game this season, Boston is 18-2 – including recording 15 consecutive victories. In a similar vein, when Boston commits 15 or fewer turnovers in this postseason, the Celtics are 14-2 — including victories in Games 1 and 3.

Conversely, when Boston commits 16 or more turnovers, it is 0-6 — including its losses in Games 2 and 4.

“I think the narrative gets shifted to Curry and what he’s doing,” Udoka said. “But in our wins and losses, they are scoring the same points. A lot has been reliant on our offense, to your point, in the fourth quarter. But even throughout the game, we had several opportunities, being up five, six, seven, and poor offense or turnovers let them back in the game. The difference in the game that we stretched the lead was we took advantage of those opportunities. We were solid. And against this team, anytime you run some poor offense, turn the ball over, live ball turnovers, let them get out, we know how quickly they can get back in the game.

“That was the case in Game 4 when we had our chances.”

One thing hanging over the Celtics heading into Game 5, as it has been throughout this series, is the status of starting center Robert Williams, who has been dealing with ongoing soreness in his left knee.

Williams was plus-6 in 31 minutes in Game 4, finishing with 7 points, 12 rebounds, 4 assists, a steal and two blocks, but asked out of the game with less than four minutes to go in the fourth quarter after an awkward landing on that ailing left knee, in which Williams is dealing with a bone bruise and that he had surgery on his meniscus two-and-a-half months ago.

Both he and Udoka, however, said that he was feeling better Sunday, and were optimistic about him being on the court once again in Game 5.

“Feeling good,” Williams said. “A little sore, but on the side of the better days (I’ve had).

“I was actually looking for the clip (to see what happened). I can’t necessarily tell you if it was the jumping or the landing, but typical soreness, man. But like I said, I feel okay.”

Udoka went on to say that there was no specific play that triggered Williams’ injury, and that while he will have to go through his normal pregame testing to determine if can go, Udoka felt confident Williams would be able to.