ATLANTA — In a state that could potentially tip the upcoming presidential election, in the middle of a major metropolis that has become synonymous with accusations of voter suppression and election problems, sits a basketball arena that hasn’t hosted a game in seven months.

Typically this time of year, State Farm Arena is getting ready for preseason NBA games. But when it re-opens to the public Monday, it will be nothing short of the nexus of American democracy.

For the next 19 days, the home of the Atlanta Hawks will serve as the largest early voting site in the hotly-contested state of Georgia. It will have 302 voting machines spread across the arena floor and concourse and 60 check-in sites to service any of the nearly 800,000 registered voters in Fulton County who want to cast their ballot before Election Day.

In a city that drew sharp criticism from voting rights advocates over equipment failures and hours-long lines at inner-city precincts during the 2018 gubernatorial election and the primary in June, the move to turn one of the city’s biggest structures into a polling place begs the question: Could the Atlanta Hawks theoretically swing the presidential race between Donald Trump and Joe Biden?

“The fact that the Hawks have put their weight behind this — not just their logistical weight but their marketing weight — it’s a big deal,” said Justin Levitt, a law professor at Loyola Marymount who previously worked on voting rights issues at the Civil Rights division in the Department of Justice. “There are a lot of people who want to vote this year. Turnout is going to be up. And it helps get the word out that there’s a new opportunity for voting, which might be at least as important as providing the physical space.”

For a variety of reasons based on tradition and logistics, American elections have tended to take place in smaller places like high school gymnasiums, churches and libraries where there’s minimal disruption to the regular flow of activity on Election Day. Big public spaces like sports arenas that can handle thousands of people have not typically been used for that purpose. It isn’t easy or cheap to set up a 700,000-square-foot building for an NBA game one night and an election the next.

But in late May, as the murder of George Floyd in Minnesota sparked a wave of social justice protests around the nation, including downtown Atlanta, Hawks CEO Steve Koonin started to think about how the organization could help channel the energy he was seeing literally on the doorstep of the arena into meaningful action.

Several days later, the primary election in Georgia became national news as polling place closures, technical glitches with new machines, volunteer training issues and COVID-19-related safety measures all combined to cause a meltdown on Election Day. Delays and long lines were particularly pronounced in Fulton County, the state’s largest population center which has roughly 330,000 Black voters, according to the Secretary of State’s office.

“It was apparent during COVID that voting in restaurants and libraries and counting on volunteers to show up really wasn’t very effective,” said Koonin. “The vision was to take advantage of the space, the connectivity and use our professional staff. Everybody thought it was a really good idea and we should go for it.”

It was such a popular idea that several other professional sports teams tried to copy it to whatever extent they could, though some arenas have been restricted to mail-in ballot drop-off locations. Notably in Milwaukee, the city’s election commission decided last week to scrap plans to use Fiserv Forum and Miller Park as early voting sites out of fear over legal challenges that could put ballots in limbo.

Still, in some urban areas like Houston, Dallas and Charlotte, NBA arenas that are owned and operated by the teams are being used as polling places. That could factor in driving turnout in several states where the presidential election is projected to be close. Ballots will be cast at nine NFL stadiums, including in Tampa, Houston, Kansas City, Indianapolis and Charlotte. Other organizations have committed facilities to election support and mail-in ballot processing.

“Election administration is a very in-the-weeds, local political issue,” said Kennesaw State assistant professor Ben Taylor, whose research focuses on political behavior. “To have a place like a basketball arena opened up is as big of a change as you could conceivably have. It’s an outrageously great development because you’ll have the capacity for a lot of people to vote in one place, so if there are problems they’ll be fixed in one place or if it’s raining on early voting days they’ll be able to get people inside the building and they can socially distance.”

The Hawks’ decision is particularly notable within the context of Georgia’s recent voting history. A reliably Republican state for the last 20 years, there have been indications more recently that the state is growing more competitive politically due to growth in younger and more diverse voters who live in Atlanta and a shift toward Democrats in the suburbs.

President Trump won Georgia’s 16 electoral votes by 5.09 percentage points in 2016, a shift from 2012 when Mitt Romney won the state by nearly eight points. In the 2018 Georgia governor’s race, Republican Brian Kemp won by a mere 54,723 votes over Stacey Abrams, who was seeking to become the first Black woman to become a governor in American history. In the aftermath of that election, Democrats raised concerns about potential voter suppression, including voters being incorrectly purged from the rolls, polling places being closed in minority neighborhoods, long lines and voting machine problems.

While it’s unclear and difficult to measure what impact those issues had on the race, it’s also true that Abrams’ raw vote total of 1,923,685 nearly matched Trump’s winning total of 2,089,104 two years earlier. And it suggests that the race between Trump and former vice president Biden could both break turnout records and be decided by a small number of votes.

“There are other Republican areas in the state that have attention and excitement that will see a turnout increase as well,” Taylor said. “But the one thing about a place like State Farm is, generally speaking, those who don’t vote much whether they’re lower income or racial minorities, Democrats do better when they can get them out to vote. To the extent places like State Farm can help get those voters out, it may make a difference.”

Elections officials in Georgia say that logistical issues stemming from COVID-19, not voter suppression, were the source of polling site chaos for the 2020 primaries. They believe that State Farm Arena opening for early voting will contribute to a much smoother process Nov. 3.

“There were a lot of circumstances that were out of our control, the coronavirus in particular,” said Fulton County Board of Commissioners chairman Robb Pitts. “We had to scramble to find (poll worker) replacements and train them and there were places that agreed to let us use their facilities as precincts that also canceled. This time, with organizations like the Hawks and other private corporations … I’m quite confident that everything under our control is ready to go.”

Richard Barron, the Fulton County director of registration and elections, said he expects the number of ballots to be cast either by mail or early in-person to be 80 percent of the total, up from 64 percent in 2016. The accessibility of State Farm Arena should be a big part of that, as they expect to move thousands of voters per day through the building without any long waits.

A significant part of that effort is the fact that the Hawks have essentially converted 300 employees from their staff to temporarily become election workers, including 70 poll clerks and 15 poll managers.

But even though the Hawks are running the site, it will not be a Hawks or NBA-centric experience. There won’t be any video boards showing highlights of Trae Young or a concession stand where you can buy a beer. It will be a quiet, normal voting experience that just happens to occur in a non-traditional location.

“We have to be a library on steroids,” Koonin said. “(Entertainment) isn’t why people go vote. This is efficient, effective, safe socially distanced voting taking place in a very large business being run by people who are in the large crowd business.”

Because there has never been an early voting site of this magnitude in Georgia, it’s unclear what kind of effect it might have on turnout. The next-biggest early voting site in Atlanta city will have one-sixth of the number of machines being sent to State Farm Arena, and most have just 20 or 30.

In theory, if enough voters take advantage of the option to cast ballots early, there’s less chance that those who wait until Nov. 3 — when Georgia residents have to vote at their assigned precincts — would be discouraged by long lines or other issues. In a close election, that could make a big difference on the margins.

“Turnout is going to be up, and the more people who choose to vote early in person will relieve some of the pressure on the mail system and relieve a lot of the pressure on election day opportunities, and the ability to vote in person is really meaningful,” Levitt said. “African-American communities in the South, particularly Atlanta, have a long-established culture of going to the polls on Election Day or the Sunday just before Election Day. There are a lot of communities that either prefer or need the opportunity to vote in person, and the ability to vote at a place like the Hawks’ arena relieves a lot of the demand that would otherwise fall on the shoulders of officials on Election Day.”

That’s one snapshot of why a lot of eyeballs will be fixed to Georgia when the results start coming in Nov. 3 as a potential indicator of the presidential race. But from a Hawks perspective, the goal is simply to provide a public service in a community where the act of voting itself has often faced basic hurdles.

“We didn’t design this for Democrats or Republicans,” Koonin said. “We designed it for everybody. There’s no politics on our part, it’s just vote. The reflection on our community is a negative for everybody when there’s the perception that voting is suppressed in Georgia, so we want to reverse that stigma.”

Where are the 1998 Chicago Bulls team from 'The Last Dance' now? 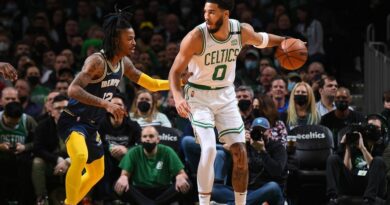 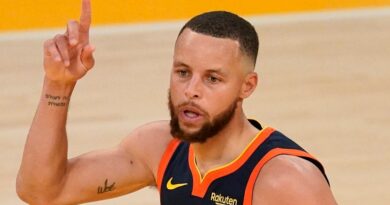