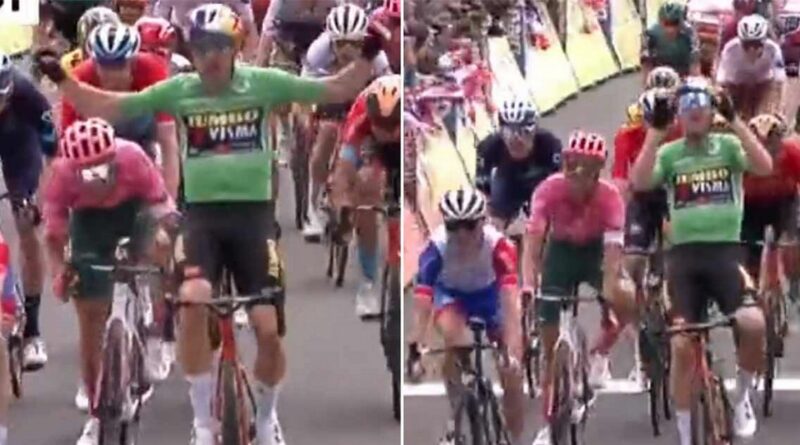 Professional cyclist Wout van Aert suffered the most embarrassing of defeats in the third stage of the Criterium du Dauphine this week in a premature celebration blunder.

The 27-year-old Belgian professional road and cyclo-cross racer took a late lead going into the final straight and pulled away from the chasing pack, only to put his arms in the air in celebration before he had actually crossed the line.

Van Aert immediately realised his blunder as David Gaudu snatched the stage victory, with the commentary team left in disbelief at the naivety of the experienced three-time winner of the Cyclo-cross World Championships.

"It was a rookie mistake," Van Aert told Sporza.

"On such a rising finish you lose a lot of speed when you celebrate. It happened in a split second and David Gaudu came from the other side…it’s just painful.

"I’ve seen it before with other riders. You sometimes laugh about it but now I’m the loser.

"I think this is the first time it has happened to me. Or at least in such a big race.

"When you see it with someone else you always question how it’s possible. Now I understand how they feel. Hopefully it won’t happen a second time."

If it is any consolation, Van Aert still took back the yellow jersey that was lost on stage two and remains in the lead of Gaudu by six seconds.

The Eurosport commentator had said of the blunder: "Van Aert here in the green jersey, has he made amends right at the very end?"

Adding after his blunder: "Oh did he get it? Gaudu pinched it from him! Too much early celebration and Gaudu it was who just threw the bike at the line and, I believe, to deny Wout van Aert.

"Oh and Wout van Aert is trying to smile here, but the man who is roaring is David Gaudu. That was brilliant on the throw, never say die! Phenomenal."