Free-agent guard Danny Green will be signing a two-year deal with the Los Angeles Lakers, he announced on his Instagram account late Friday night.

The deal is worth $30 million, a league source told ESPN’s Adrian Wojnarowski.

Green was included in last summer’s Kawhi Leonard trade as salary filler, after playing through a groin injury in 2017-18 and seeing his production dip as a result.

He bounced back in a big way this past season for Toronto, though, shooting a career-high 45.5 percent from 3-point range and averaging 10.3 points per game. It marked the third time in his career he hit double figures in scoring for a season.

Green’s playoff experience playing alongside Leonard in San Antonio was also invaluable for the Raptors as they journeyed through the postseason this spring en route to delivering Toronto its first NBA title.

Green, who turned 32 on June 22, will be heading into his 11th NBA season and entered the summer as one of the most coveted 3-and-D wings on the market.

Information from ESPN’s Tim Bontemps was used in this report. 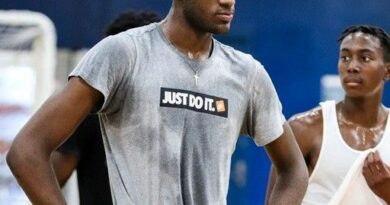