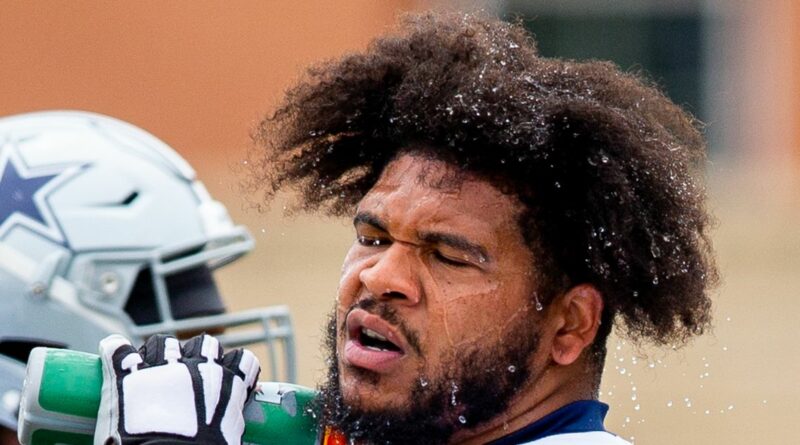 Dallas Cowboys star La'el Collins has been issued with a five-game ban by the NFL after missing drug tests and allegedly trying to bribe a test-collector.

According to reports from ESPN, Collins has been issued the ban after failing to produce samples to several tests, as well as trying to offer money to a test-collector to distort drug-test results.

Collins, 28, is understood to have tested positive for marijuana and, while under current rules state that offence doesn't merit suspension, his punishment is related to his missed tests and bribery allegations.

The NFL are yet to release the information of the bribery claims.

The left guard however, who has been a regular starter with the Cowboys since 2015, isn't taking the punishment lying down. He initially appealed that suspension, but an independent arbiter ruled that the five-game ban should be reinstated based on the evidence available.

In his appeal, Collins and his legal team stated that he had genuine reasons to miss the scheduled drug tests. One was due to take place the day that Cowboys' strength and conditioning coach, Markus Paul, died last November, while another was scheduled for the day of his (Collins') uncle's funeral.

Collins' legal team is now in the throws of launching a second appeal, although ESPN have quoted sources saying they expect the ban to be upheld. He's already served one game of it, absent from the team's win against the Los Angeles Chargers last weekend.

Does Collins deserve his ban? Let us know in the comments section. Earlier this month, Collins' agent Peter Schaefer said: "We are extremely disappointed in how the NFL has handled this entire matter, from trampling on Mr Collins' rights to prematurely releasing the information, knowing a timely appeal was filed, to intentionally misleading the court at the hearing.

"The extent and effort the NFL went to to accomplish its ends is appalling."

If again unsuccessful, Collins, who in September 2019 signed a new five-year deal with the Cowboys, won't be eligible to return until October 18.

"Not true with NFL-NFLPA grievance system. La'el Collins faced a 5 game suspension that was reduced to 2 due to negotiation of NFLPA, but he invoked his right to appeal & arbitrator raised it back to 5 games."

Sympathy for him appears in short reply, with one replying to McCann with "He should be banned permanently and charged accordingly."