“We could not come to terms on an extension,” D’Antoni told reporters, according to the Houston Chronicle. “I have my contract still. I’m looking forward to the year and having a great season.”

D’Antoni said he plans to complete the final season of his deal in 2019-20, which could become a pathway to his own free agency the next year.

There had been conversations constructed around the Rockets’ idea of a performance-based extension, but those never gained traction with D’Antoni’s camp, sources said.

The successes in his three years on the job — four Western Conference series victories, a conference finals appearance and an NBA Coach of the Year award — led D’Antoni to believe that a potential extension would follow the more traditional guaranteed framework of comparable coaching peers.

The Rockets are a franchise in flux, with an entire roster available in trade talks and two high-profile assistant coaches recently told by the organization that they wouldn’t be brought back next season.

D’Antoni, 68, told ESPN recently that he had hoped to coach at least three more years.

“I’ve let Daryl and [owner] Tilman [Fertitta] know that I’m energized to keep coaching — and believe that I can continue to do this at a high level for at least another three years,” D’Antoni told ESPN.

“I want be part of a championship here.”

Fertitta called the Rockets’ loss in the Western Conference semifinals to the Golden State Warriors “unacceptable.” Top assistant Jeff Bzdelik — who was talked out of retirement in November to address the team’s defense — and respected assistant Roy Rogers weren’t brought back for next season by management.

D’Antoni has averaged 58 victories in his three seasons with the Rockets, including four playoff series victories and a trip to Game 7 of the 2018 Western Conference finals. The Warriors eliminated the Rockets in the past two seasons.

He said he’s willing to play out next season without an extension.

“I think we’re going to have a great year,” D’Antoni said, according to the Chronicle. “And we’ll go from there.” 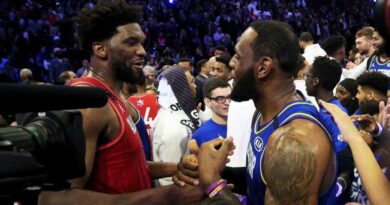 What channel is the NBA All-Star Game on today? Time, rosters & rules for Team LeBron vs. Team Durant