Popovich, who has long spoken out against racial injustice, explained he preferred to keep his decision to stand “to myself” and that “everybody has to make a personal decision.”

Popovich’s star guard DeMar DeRozan said people should not “vilify” either Popovich or Hammon for standing.

“With Pop and Becky standing, I have no thoughts [contrary to] belief in them that is all out of genuine, out of a positive side of their heart,” DeRozan said after finishing with 27 points and 10 assists in the Spurs’ 129-120 win over the Kings in Lake Buena Vista, Florida. “Same way we kneel. Don’t take away nothing from those guys.

“You know Pop speaks out. When it comes to Becky, she’s been [on the] front line, fighting for equality since I’ve been a fan of hers playing in the WNBA. So everybody has their own right of making a statement and you can’t vilify nobody for not doing what the other group is doing. I’m all for it.”

Popovich, who is also the head coach of the USA men’s basketball team, graduated from the United States Air Force Academy in 1970 with a degree in Soviet studies. He played at Air Force and served his five-year military commitment upon graduation.

“I prefer to keep that to myself,” Popovich politely said when asked about his decision to stand during the anthem. “Everybody has to make a personal decision. The league has been great about that. Everybody has the freedom to react any way that they want. For whatever reasons that I have, I reacted the way I wanted to.”

Before the game, Popovich said that it was up to each player and coach to decide whatever they wanted to do during the anthem. But he also made it clear that all of the teams in Orlando intend to maintain the momentum of the protests against social injustice and systemic racism in a variety of ways.

Popovich has spoken out countless times against racism and the history of mistreatment of Blacks in America.

“Considering what’s going on in our country with race, it’s always been our national sin and it’s always been something that has never been faced as well as it should have been,” Popovich said on Friday afternoon prior to the game. “And with the events that we’ve all witnessed in this last year, it’s just logical and wise to keep that momentum going … because it is a national embarrassment. It keeps us from being the country that we should be or the country that was promised to everyone.

“And nothing could be more poignant than to have all of the teams here all committed to making statements and letting it be known that this has got to change and not just a little bit.” 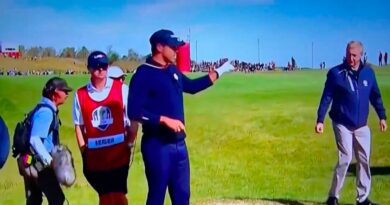