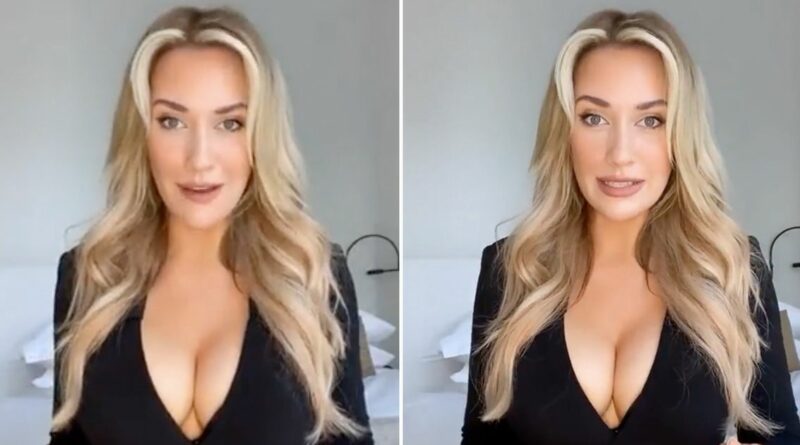 Distracted golf fans cannot get enough of Paige Spiranac as she wows her followers in a plunging top.

Spiranac exposed her cleavage to her followers in a low cut black top as she previewed this coming weekend's US Open in a video posted to her Twitter feed on Monday. The stunning golf influencer even fired a subtle dig at the likes of Phil Mickelson and Dustin Johnson as she commented on the controversial Saudi-backed LIV Tour.

A number of golf's biggest stars have been banned from competing on the PGA Tour after signing up with the newly-formed LIV Tour, which kicked off last weekend.

Speaking in her video, Spiranac explained: “Happy US Open week, we've got up very excited because it's been a drama-filled last week and a half in golf.

"We had the controversial LIV Tour competing against the PGA Tour and LIV has racked up some players who deeply care about the progression of the game and not because they got a s*** ton of money."

Her fans were quick to lap up the video, although some joked that they were distracted by Spiranac's outfit choice and missed the golf content she provided.

Who will win this weekend's US Open? Let us known in the comments section below.

One fan joked: "I agree with whatever you said." Meanwhile, another similarly added: "Didn't hear a word you said."

A third follower also wrote: "Zoned out for a sec, what am I supposed to bet?" Another golf fan added: "Eye contact test. I failed. But interesting to now know how the golfing federations work."

One more follower also admitted they had been distracted as they tweeted: "Ahhh… just a bit hard to concentrate on your words."

She even winked at the camera as she joked about the money the LIV Tour players will receive for their involvement in the series before going on to explain the ins and outs of their PGA Tour ban.

Despite being banned by the the PGA Tour, those involved in the LIV Tour will be allowed to play at this weekend's US Open in Boston as the event is run by the USGA, who have permitted them to compete. 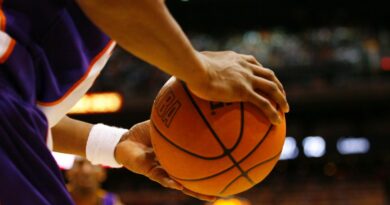