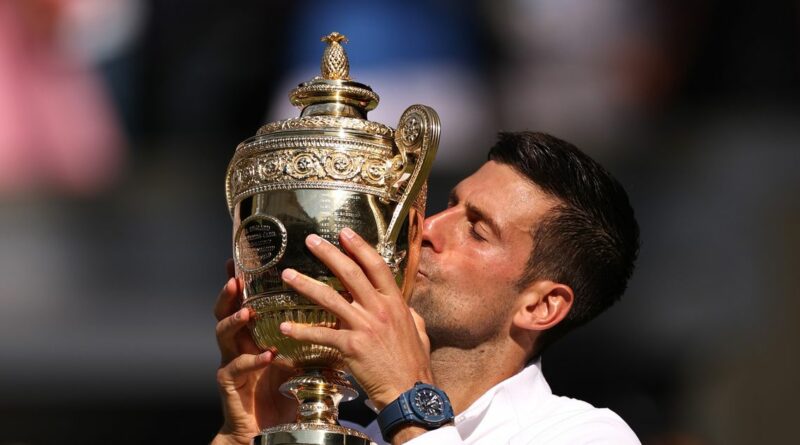 Novak Djokovic has dropped to number seven in the ATP rankings, despite beating Nick Kyrgios to win a seventh Wimbledon title.

Djokovic was ranked at number three heading into the tournament, but has dropped to number seven as a result of Wimbledon's decision to ban Russian and Belarusian players from competing at SW19. The decision was made due to Russia's invasion of Ukraine and the ATP responded by stripping Wimbledon of ranking points.

As a result, Djokovic has not earned any points and has dropped four places in the rankings despite winning a 21st Grand Slam title. However, after defeating Kyrgios 4-6 6-3 6-4 7-6 (7-3) in a drama-filled final, Djokovic was simply delighted with his win.

"I am lost words for what this tournament and this trophy means to me," he said. "It always has been and will be the most special one in my heart.

"It motivated me to play in my small mountain resort and I saw Pete Sampras win and I asked my mum and dad to buy me a racquet. It was my first image of tennis – every single time it gets more meaningful and I'm blessed to be standing here with the trophy.

"It is the most special tennis court in the world and when you walk on the untouched grass and everything is so directed on the tennis, the players' ball and racquet and it has the most recognition in the world."

Djokovic also paid tribute to Kyrgios, calling the Australian "an amazing talent." He added: "Nick – you'll be back, not just in Wimbledon but in finals.

"I know it's tough to find consolation words after a tough loss like this but you showed you deserve to be the best in the world especially on this surface, after this tournament, I wish you all the best.

"I really respect you a lot, you are an amazing talent and now everything is starting to come together for you. I never thought I would say so many nice things about you considering the relationship, it's officially a bromance."

5-on-5: Bold moves and what’s next after the NBA trade deadline 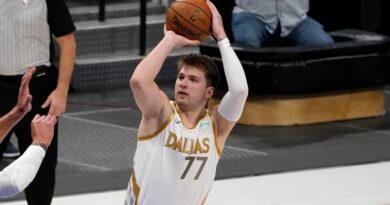