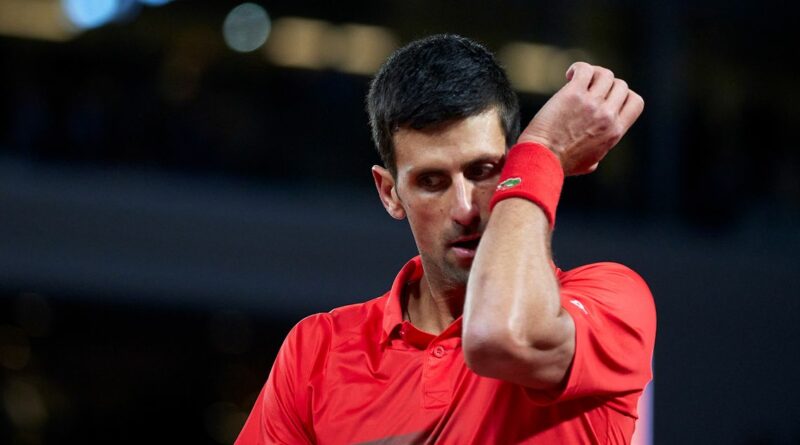 Novak Djokovic is facing a ban from this year's US Open over his Covid jab stance but Russian players will still be allowed to compete at Flushing Meadows, according to reports.

The Serbian tennis icon was booted out of the Australian Open at the start of this year following a row over his vaccination status on the eve of the tournament. He admitted after the debacle that he would refuse to play in other Grand Slams if he had to get vaccinated against Covid in order to take part.

The Telegraph reports that this stance means Djokovic is set to be barred from this summer's US Open.

According to the report, US immigration still requires incoming travellers to show proof of vaccination and currently have no plans to relax the rules before the tournament.

Travel rules were recently relaxed to allow travellers to board flights heading to the USA without showing proof of vaccination but they must still be shown on arrival in the country.

The US Open will get under way on August 29 and run for two weeks before ending on September 11. Russian players are set to be allowed to play at the event, the report adds.

Will Novak Djokovic successfully defend his title at Wimbledon? Let us know in the comments section below.

It is understood that the USTA do not plan to implement any politically motivated bans on players following the All England Lawn Tennis Club's decision to ban Russian and Belarusian players from Wimbledon.

That decision has drawn criticism from the LTA and ATP, with this year's Wimbledon stripped of its ranking points as a result.

In addition to potentially missing out on this year's US Open, Djokovic could again be barred from the Australian Open next year. Australia are expected to maintain their current vaccination requirements for incoming travellers.

Djokovic was, however, allowed to take part in the French Open in May and June, reaching the quarter-finals before losing to eventual winner Rafael Nadal. The 20-time Grand Slam champion was booed by fans throughout the tournament, though.

He is also expected to defend his Wimbledon title when the tournament gets underway later this month, although the lack of ranking points means he cannot reclaim his place as world number one.

Djokovic was recently dethroned from the top of the rankings, slipping to third behind Russia's Daniil Medvedev and Alexander Zverev of Germany.

Embiid returns to form for 76ers in ‘do-or-die’ win