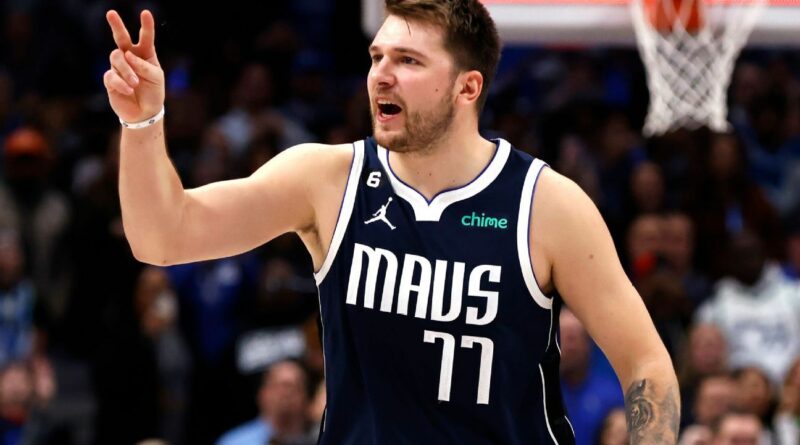 DALLAS — Mavericks superstar Luka Doncic swished a stepback 3-pointer from the left wing to beat the halftime buzzer, did a little shimmy dance on the sideline and briskly jogged into the locker room with his team holding a seven-point lead over the Denver Nuggets.

Doncic and the Mavericks found out minutes later that, upon replay review, the referees had ruled that he had stepped out of bounds and took the points off the scoreboard. They also learned that the final two seconds of the second quarter would be replayed after halftime before beginning the third quarter.

Vlatko Cancar, a Nuggets reserve forward and Doncic’s national teammate, made those two seconds count, hitting nothing but net from behind the halfcourt line. That Slovenian six-point swing ended up making a major difference in the Nuggets’ 98-97 win Sunday night, as the Mavs managed to lose at home to a drastically depleted Denver team missing two-time MVP Nikola Jokic and key starters Jamal Murray and Aaron Gordon due to illnesses.

“It’s a big momentum (shift), but you can’t say that decided the game,” said Doncic, who finished with 22 points, nine rebounds and eight assists but didn’t score in the fourth quarter, missing a 35-footer in the final seconds.

Doncic was in disbelief that his 3 at the end of the first half was wiped off the board, unaware that stepping out of bounds was reviewable in that situation.

As referee Sean Wright explained in a postgame pool report, a field goal made with no time remaining on the clock at the end of any period is automatically reviewed, citing Rule 13 Section I-a(1).

“Within that trigger we have a reviewable matter, which is Section II-a(2) — whether the shooter committed a boundary line violation or the ball touched out of bounds prior to entering the basket,” Wright said. “The video showed his heel on the line when he shot it.”

Doncic disputed whether his heel actually touched the sidelined. He studied the video on his phone while sitting in front of his locker before showering and didn’t believe there was conclusive evidence that he stepped out of bounds.

“I didn’t think I was out of bounds, so I don’t know,” Doncic said. “I saw some videos and it doesn’t seem like I even touched the line, and my heel was up, so I don’t know.”

The referees opted to replay the final two seconds of the second quarter after halftime because the teams had already left the floor and the “Simon Says” halftime act was making its way on the court.

“Rather than trying to pull everybody back, we started with the two seconds when we come back out and then immediately play after that,” Wright said.

Cancar didn’t realize that the final two seconds would be replayed until the Nuggets huddled in front of their bench after halftime. Coach Michael Malone substituted Cancar into the game for those two seconds.

“He said, ‘Vlatko, I’m putting you in. I want you to shoot a halfcourt shot,'” Vlatko told ESPN. “As soon as he said that, my eyes went green. I was just waiting to shoot it.”

Cancar caught the inbounds pass and unleashed the shot from the right side of the floor a couple of feet behind the halfcourt line. It was officially recorded as a 53-footer, cutting Dallas’ lead to one point.

“(Spencer) Dinwiddie and Luka were kind of trying to guard, but I guess they just didn’t think I was going to shoot it,” said Cancar, who scored seven points on 3-of-3 shooting in 11 minutes. “Because nobody really shoots that in the NBA. They always want to shoot after the buzzer because they don’t want to ruin their percentages, but I don’t care about that.”

As Cancar celebrated, triumphantly raising both fists before leaping into Denver center DeAndre Jordan’s arms, Doncic had a few choice words for the officials while walking to the Mavericks’ bench.

Cancar frequently practices halfcourt shots, which is why Malone chose him to take the attempt. Cancar admits that he has lost “a lot of money” wagering against Doncic in halfcourt shooting competitions after the Slovenian national team’s practices. 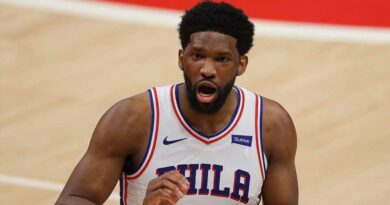