Home » Draymond Green responds to Megan Rapinoe’s criticism of his comments: ‘(We) want the same thing’ 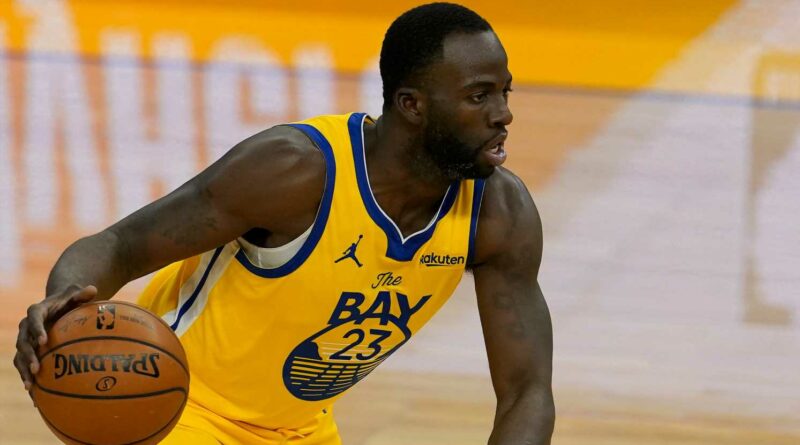 Asked earlier this week about Draymond Green's comments regarding female athletes' fight for equal pay, Megan Rapinoe did not hold back.

“Obviously you kind of showed your whole ass,” the U.S. women's soccer star said in reference to Green during the U.S. Olympic and Paralympic Committee’s media summit for the Tokyo Olympics.

The Golden State Warriors forward had a lengthy response himself.

“I’m really tired of seeing them complain about the lack of pay, b/c they’re doing themselves a disservice by just complaining.”
Today Draymond talked about his Tweets about women’s sports that received criticism from athletes like @mPinoe & @[email protected]#DubNationpic.twitter.com/7iUQ982jx9

Green had taken to Twitter as the controversy surrounding the disparities between the women's and men's NCAA basketball tournaments played out in real time. He said leagues such as the NBA had grown because of highlighting athletes' stories, rather than complaining about pay, and advised female sports to follow a similar playbook.

“That was really disappointing," Rapinoe said, "and from someone who has such a big platform, as we know, that's just not acceptable at all.”

Green attributed the trading of barbs to different means in pursuit of the same end.

"If we can both do something to move the needle to get to the end goal, great," he said. "I have no complaints with whatever it is that she wants to do or any woman athlete wants to do, or anyone that's trying to help drive their cause and what they want to be done. It doesn't really matter to me how you get there. What does matter to me is that we get there.

"I'm not going to sit here and condemn her comments back to me … I'm in full support of what she's doing to get to that end goal, because that's what I want to see happen."

Rapinoe has been on the forefront of promoting women's sports and the pursuit of equal pay, becoming the face of the USWNT in their wage discrimination lawsuit against U.S. Soccer.