Detroit Pistons coach Dwane Casey was pacing the sideline, barking at the officials, down double digits early in the fourth quarter of a March 11 game against the Philadelphia 76ers and trying to find a way to scratch back in it. That’s when Jim Scholler, the team’s athletic trainer, suddenly sprung up from the bench. Scholler strode toward Casey in the middle of the action and yanked on the coach’s sleeve.

“You gotta take Sekou out of the game,” Scholler said urgently.

“What the hell are you talking about?” Casey responded. “I just put his ass in the game!”

“I know,” Scholler responded, “but Rudy Gobert just tested positive for the coronavirus. Sekou was hanging out with Rudy after our game against them the other night. He might have been exposed.”

Sekou Doumbouya, the young forward who was born in Guinea but raised in France had, in fact, spent time with Gobert following the March 7 game between the Utah Jazz and the host Pistons. Retired NBA champion — and French national team alumnus — Boris Diaw was also in town and joined his countrymen.

Now it had been confirmed that Doumbouya had direct contact with the first NBA player who had tested positive for COVID-19.

“We took him off the floor immediately,” Casey told ESPN. “We brought him out in the back to the locker room, away from the team, and finished the game.”

Information was still trickling in regarding Gobert and the Jazz, while the Pistons were simultaneously completing their game in real time. Casey returned his focus to the court and how to put the clamps on Sixers center Joel Embiid.

In the meantime, conversations continued among the Pistons’ medical staff, training staff and front office on how to proceed with Doumbouya, who insisted he was healthy. “When I took Sekou out, he looked at me like I was crazy,” Casey said. “So did Tony Snell, the guy I had taken out for Sekou, and then put back in for Sekou.”

At that juncture, Casey said, he wasn’t fretting about the possibility that more of his players — and he himself — might also be at risk.

“To be honest, that didn’t enter my mind,” Casey admitted. “At that point we weren’t thinking, ‘Oh, this is huge, it means they’re going to cancel the season.’ In that moment, I was thinking, ‘This is probably an isolated case.”’

Doumbouya, who stumped to return to action, eventually reentered the game, after much debate, with 4:40 left.

“He wanted to play,” Casey said. “He had already been out there. I guess it’s easy in hindsight to question it, but at that time we had none of the information that’s out there now. We were in the middle of a game, and the player was telling us he felt perfectly fine, and we had no information that indicated that he was sick.”

Once the game ended and the team retreated to the visitors locker room, Detroit officials were briefed that commissioner Adam Silver had indefinitely suspended the NBA season. The league office also informed the Pistons that because they had been exposed to Gobert and the Jazz (Gobert’s Utah teammate Donovan Mitchell would also later test positive for the virus), Detroit’s traveling party, including all players and coaches, would have to be quarantined for 14 days.

Suddenly, the Pistons were in the crosshairs of a major pandemic that has killed thousands.

Casey says the unprecedented upheaval has been “nothing like anything else I’ve ever experienced in my life.” It was the uncertainty of what would happen next, Casey said, that dominated his team’s charter flight from Philadelphia back home to Michigan in the wee hours of the morning of March 12.

“These young, healthy guys, professional athletes, they don’t think about getting sick,” Casey said. “It was a quiet ride on the plane, but nobody seemed really that uptight about whether they had it. It was more that nobody knew when we’d get to play again — or see each other again.”

Once the Pistons landed, each member of the traveling party was given the option to be tested for COVID-19 if they had either symptoms or concerns about being exposed. Casey said he declined the test, along with a number of players who did not feel ill.

It would be two more days before Casey would discover that Doumbouya had tested negative for COVID-19 after all. But on that same day, March 14, he learned another one of his players — 24-year-old power forward Christian Wood — had contracted the virus. It was Wood who had primarily guarded Gobert during the team’s March 7 game against the Jazz.

Wood had complained of a sore throat to the medical staff the morning of the March 11 Pistons-Sixers game, according to Casey. But by tipoff, Wood declared he was feeling better and ready to suit up. Wood responded by scoring a career-high 32 points in Philadelphia, surpassing the 30-point career high he had set four nights earlier against Gobert and the Jazz.

“He had no other symptoms,” Casey said. “No fever, no headache, no nothing. It’s one of the reasons this virus is so difficult to diagnose.”

When the Pistons learned Wood had tested positive for the coronavirus, they were thoroughly briefed by the hospital regarding the Health Insurance Portability and Accountability Act of 1996 (HIPAA) laws, which protect the privacy of patients.

“That’s why we were so mystified when it leaked out,” Casey said of a report in The Athletic. “Christian was upset his name got out there. He didn’t release it. And the worst part was it got out before Christian even had a chance to tell his mom.

“I was very unhappy about that. I told our staff, ‘This is unprofessional. This can’t happen again.’ It was so unfair to our player.”

Casey said Pistons owner Tom Gores and vice chairman Arn Tellem were proactive in making arrangements for the teamwide quarantine, setting up daily phone calls with a physician so players could have their questions answered, providing the option for players to have meals delivered to their doors, and making mental health experts available to anyone who was feeling anxious about the virus and its ramifications. They also recorded temperatures twice daily from each player.

Meanwhile, Casey returned home to his wife and two children, ages 12 and 9. But Casey sequestered himself in the basement for the next two weeks while his family lived on the upper floors of his house.

“I was in jail, downstairs, with the door locked,” Casey said with a chuckle. “My wife made dinner, and left my food outside the door. One night it was pasta, another night chicken.”

Casey did his best during the quarantine to stay connected to his assistants and his players, particularly Wood. “He’s a young guy, living alone, so we wanted to stay engaged with him,” Casey said. “From what I can tell, he spent most of his time playing video games.”

The Pistons’ quarantine has officially ended, and Casey has rejoined his family at the kitchen table, where his children are taking online classes while their school is shuttered. Wood, Casey reports, has recovered from COVID-19 and been given a clean bill of health.

Casey credited Detroit’s medical staff for potentially limiting the spread of the virus inside his locker room. He said in the days leading up to both the March 7 Jazz game and the March 11 Sixers game, his staff was already stressing the need to wash hands thoroughly for 20 seconds and passing out hand sanitizer and wipes to remind the players of the seriousness of the virus. The players were initially irritated with the badgering, but now look back on it with some measure of relief.

“We were pretty religious about doing that right up until they halted the season,” Casey said. “I think it made a difference.”

The Pistons, like all NBA teams, await word when they can resume regular activity. In the meantime, the strength and conditioning staff has delivered treadmills, exercise bikes, weights and bands to house-bound athletes eager to shoot some hoops. Most of them do not have their own courts in their homes, so conditioning is the focus for the moment, Casey said.

“If you think about it,” Casey said, “this is the first time in these guys’ lives that no gym is available to them. They don’t have access to any state-of-the-art NBA facilities, no college gyms, no high school gym, no health clubs. It will be a challenge for all of us to get everyone reengaged mentally go back and play.”

Casey estimated teams would need a minimum of two weeks to reintegrate the players back into the NBA rhythm. He said he was confident his team would play basketball again before summer ends.

“It’s already a season,” he said, “that no one will ever forget.” 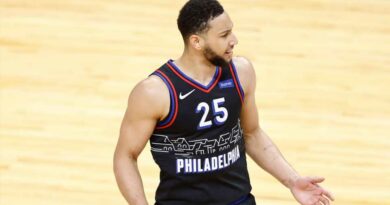