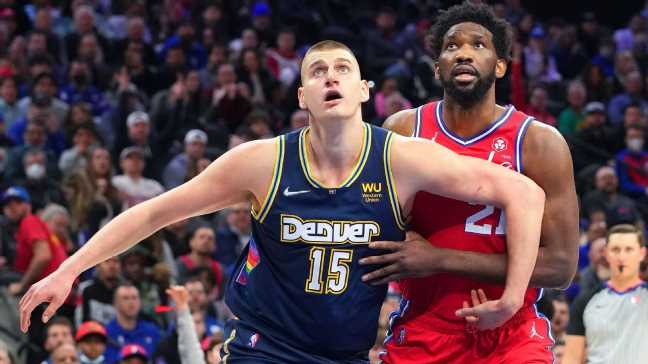 But Embiid also said that, going forward, he’ll only steer his focus toward “the bigger picture” — winning a championship.

“No,” Embiid said, when asked if he was surprised when ESPN’s Adrian Wojnarowski reported Monday that Jokic would again win the award. “I mean, this is something that I knew weeks ago, even probably two weeks before the season ended, after those games against whether it was Denver and Milwaukee, and when [ESPN did its] straw poll or whatever. I just knew it wasn’t gonna happen.

“Obviously, congrats to Nikola. He deserved it. He had an amazing season. There’s no right or wrong. There was a lot of candidates. It could have gone either way. Giannis (Antetokounmpo), Devin Booker, being on the best team in the league, by far. So, I guess, every year is all about whatever you guys decide, whatever fits the narrative as far as who’s gonna win.”

Embiid was one of three finalists for the award for a second straight year, after putting together arguably the best season of his career — an NBA-best 30.6 points per game, along with 11.7 rebounds and 4.2 assists in a career-high 68 games.

“I’m not mad,” Embiid said of not winning MVP (the NBA is expected to make a formal announcement on the winner later this week). “That’s two years in a row I put myself in that position. It didn’t happen. It is almost like, at this point, it is whatever. Whatever happens, happens.

“Last year, I campaigned about it. This year, I answered questions when I was asked, and in the next few years until I retire, it’s almost like … like I said, I wonder what else I have to do to win it and to me, it’s like, at this point it’s like, it’s whatever. It’s all about focusing, not that I wasn’t focused on the bigger picture, but you know, it’s really time to really put all my energy into the bigger picture, which is to win the whole thing.”

Embiid also took issue with a comment from The Ringer’s Bill Simmons, who said on a podcast last month “F- Jalen Green” when discussing Green’s possible candidacy for the All-Rookie Team while playing for the league-worst Houston Rockets. (Simmons later tweeted out an explanation of his position).

The media vote on NBA awards.

“What if Jalen Green was in a position to earn a supermax, or I don’t know, an All-Star appearance and you got someone sounding like that, and he has a lot of power,” Embiid said. “[Simmons] can sway a lot of other media members

Embiid’s hopes of winning a championship this season hit a significant hurdle Tuesday night, as the Sixers lost to the Miami Heat 120-85 in Game 5 to fall into a 3-2 series hole. They’re one loss away from being bounced in the second round of the playoffs for a fourth time in five seasons.

The 76ers looked listless from the opening tip, and universally agreed that was the case postgame, as Miami jumped out to an early lead and never looked back.

“They just were so much more engaged, more physical, took us out of stuff,” 76ers coach Doc Rivers said. “There’s a lot of disappointment from all of us tonight.”

Added James Harden: “I think we just weren’t engaged defensively, and that slowed down our offense. We gotta be engaged. We got to be locked in like. In the second round of the playoffs, on the road in a Game 5, it’s not good enough just to play hard. You got to play hard. You got to be able to think, possession by possession, and we just didn’t put enough thinking possessions together.”

Embiid spent an extended period on the ground in the second quarter when he was smacked in the right side of his face — the one that he suffered a fracture in during Game 6 of the Toronto series — after Heat backup center Dewayne Dedmon hit the ball when Embiid corralled a rebound and it went back into his face.

Fortunately for the 76ers, Embiid eventually got up and was checked out by team doctors, and he never left the game.

“I don’t think so,” Embiid said, when asked if he had concerns he could make his injury worse by playing through it. “Obviously I’m not a specialist. I’m just listening to the doctors. I don’t think so.

“So it’s just about pain tolerance. This is a lose-lose situation for me. If I don’t play, you know, I’ll probably get called soft. If I play, and I play bad, probably say, probably come up with a bunch of stuff that I guess he’s just not good enough. So it’s all about just trying to not get too high or too low and just going out there and really trying to dig very deep and try to do whatever I can.”

What he and the 76ers have to do now is stave off elimination at home in Game 6 on Thursday.

“We went down 2-0, [then] we tied it up. We have it in us. We have way more [to give], and I haven’t been myself. Even in those two wins. I didn’t think I played well. I thought my presence on the court was was big for us, especially defensively. But offensively, I just haven’t been aggressive. I kind of, I’m not saying I want to force the issue, but I kind of let the game come to me. As you see, they’re not letting the game come to me.

“So I think, just going back and watching film and finding ways to really, really be impactful and try to be, try to get back to that dominant self that I can be.” 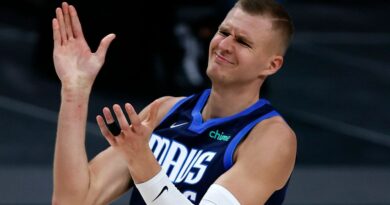 Coronavirus to force London Marathon 2020 ‘to be postponed until October’