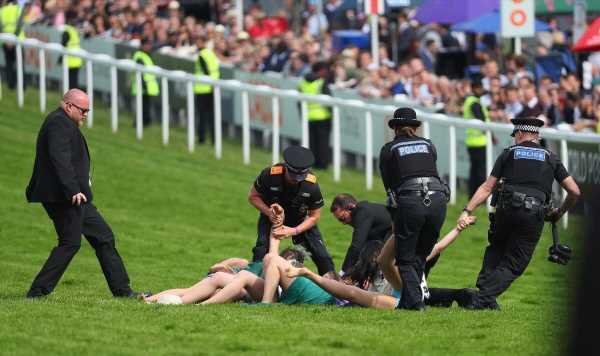 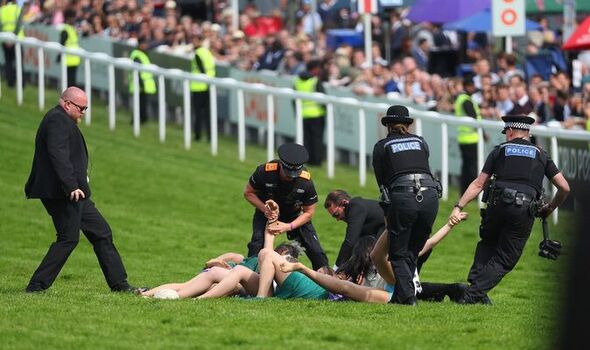 Police and security were quick to rush to the scene to try and remove the protesters. The incident came moments before the Derby, delaying the start of the famous race.

The group were seen holding banners as they were dragged away by several police officers. They were then handcuffed and carried away into a police van, drawing cheers from the crowd nearby.

A voice on the tannoy apologised to spectators for the delay to the Derby. Princess Anne was in attendance in the Royal Box on Saturday with the Queen watching on from home.

Buckingham Palace confirmed on Friday that the Queen would not attend the Epsom Derby on Saturday. The Queen is a keen racehorse owner and breeder and has attended the major sporting event for several years.

Speaking ahead of Saturday’s main event, Phil White, London regional director for The Jocket Club, said: “It is a rare occasion that the Queen is unable to join us at Epsom Downs but we are delighted she plans to enjoy Derby Day on television.

“We have big plans to celebrate Her Majesty’s contribution to horseracing and the nation, and these will continue in full tomorrow.

“The Derby is a unique race and we are looking forward to welcoming people in their thousands to help us create a spectacular carnival atmosphere.”

And nobody appeared able to catch the three-year-old, who has won all three races on the flats. 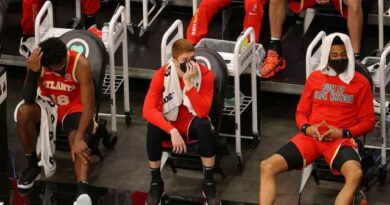