Three-time Wimbledon champion Boris Becker was dogged by rumours he had sex in a broom cupboard – when it was actually in a bathroom.

Becker infamously cheated on his first wife Barbara Feltus with Russian model Angela Ermakova in 1999, with the pair inadvertently conceiving daughter Anna at London’s Nobu restaurant. The German had just announced his retirement from tennis and found himself alone.

Speaking about the incident 10 years on, he told Piers Morgan's Life Stories that Angela had given him a "look", adding: "There are certain looks that are not looks asking you for tea in the afternoon."

But he set the record straight about the broom cupboard. Becker said: "That's one of those stories that isn't true. I don't know if a bathroom is a better place but it actually happened on the stairs between the bathrooms so there was no broom cupboard.

"It was one of those moments that happened in a fluke and you don't think about it before and you certainly forget about it after. What we shouldn't forget is, 10 years later, I have a beautiful daughter."

Have you got a tale to rival Becker's? Let us know in the comments section below.

Becker denied paternity of Anna, now 22, until a court battle forced himself to tell the truth. They have since forged a relationship, and she stood by her recently jailed fraudster dad after he was sentenced to two-and-a-half years behind bars in April.

"I hope he's strong in this difficult time in his life. I’ll support him and visit him whenever I can," Anna told The Mirror.

"I tried to help as best I could by writing a letter to the court expressing my concern for my younger brother Amadeus. He is only 12 and he’s not going to have a paternal figure to support him at such a crucial time in a young person's life."

Becker is being housed at HMP Huntercombe, where he is being allowed to watch this year's Wimbledon on TV as opposed to his usual position in the commentary box. 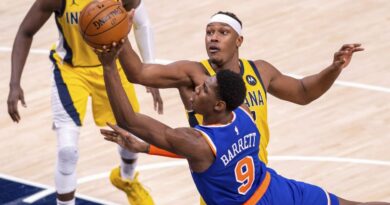 Enes Kanter reveals why he chose to sign with Celtics 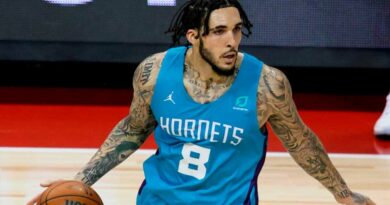