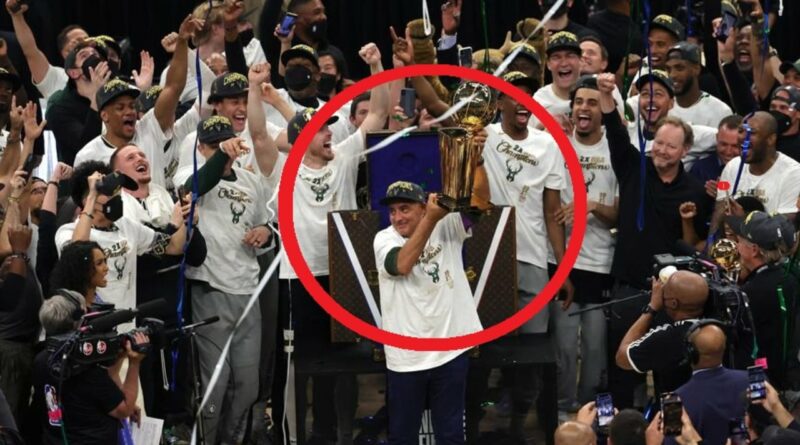 The Milwaukee Bucks won their first NBA championship in 50 years but fans are furious the players’ crowning moment was ruined.

The Bucks claimed their first title since 1971 on the back of a monster 50-point performance from superstar Giannis Antetokounmpo, who led his side to a series-clinching 105-98 win in game six against the Phoenix Suns.

It capped off a remarkable turnaround for Milwaukee, who became only the fifth team in NBA history to win the championship after dropping the first two games in the best-of-seven finals series.

Antetokounmpo and his teammates were jubilant after their stunning triumph, but a bizarre ritual in the trophy presentation took some of the gloss off the win.

As is customary in American sports, the owners of the victorious team are presented the championship trophy first, in a sign of gratitude for their investment in the franchise.

That meant Milwaukee co-owner Marc Lasry was the first person to be handed the Larry O’Brien championship trophy, even before the Bucks players or coach who did all the hard work out on the court. Milwaukee Bucks co-owner Mark Lasry was handed the trophy before the players who took to the court. (Photo by Jonathan Daniel/Getty Images)Source:Getty Images

Fans were not impressed the trophy presentation ritual robbed the players of the chance to be the first ones to bask in the championship glory.

and now for the stupidest part of US sports: the first person who gets to lift the trophy is the billionaire owner and not anyone involved in the game

Can the NBA normalise not having team owners front and centre at trophy presentations? No one cares what Marc Lasry has to say, I promise you

Nah, Giannis should be first to touch the trophy

Hey @NBA give the trophy to the players first!

Viewers were also upset at the presentation of the Finals MVP trophy to Antetokounmpo.

The man known as the “Greek Freak” was handed the trophy by NBA chief executive Adam Silver, who conducted the post-game presentation.

Fans were disappointed Antetokounmpo didn’t have the honour of being presented the trophy by a former player. 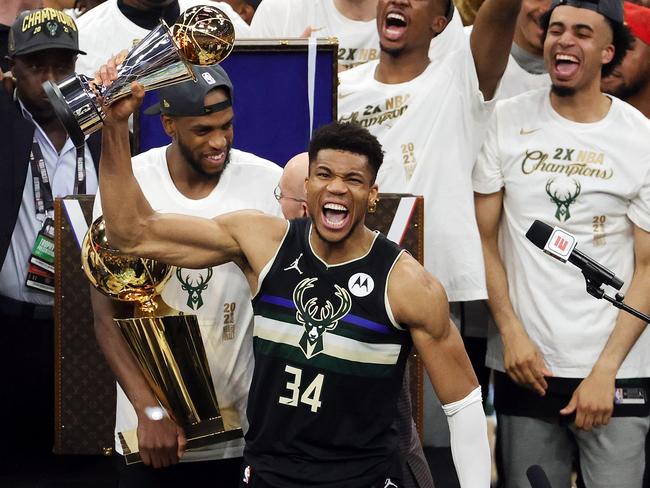 They argued it would have a far more fitting moment to have an NBA legend Bill Russell, who the Finals MVP trophy is named after, present the trophy,

Bucks greats Kareem Abdul-Jabbar and Oscar Robertson, who were part of Milwaukee’s last championship-winning team in 1971 and watched some of the games in the Finals, were other choices that could have given Antetokounmpo his trophy.

I’m sad Bill Russell couldn’t give the FMVP trophy to Giannis. I think he would’ve loved handing it to him.

There was a classy moment in the aftermath of the game, when Phoenix coach Monty Williams made the effort to go into the Bucks’ locker room and personally congratulate them on winning the championship.

This was classy as hell by Monty Williams pic.twitter.com/n6gZhdeGiC

“I just wanted to come and congratulate you guys,” Williams said with his arm draped around Antetokounmpo.

“You guys deserve this and I’m thankful for the experience.

“You guys have made me a better coach and you made us a better team. Congratulations.” 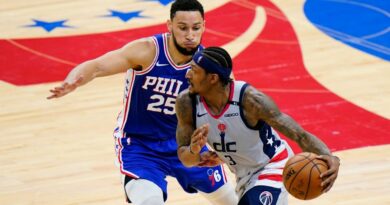