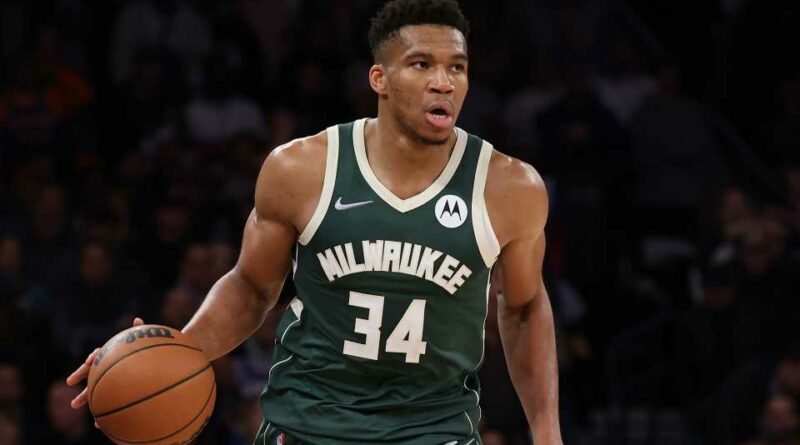 The Milwaukee Bucks continue to get bit by the absences of key players to start the season.

First, it was Jrue Holiday suffering an ankle injury on opening night, then Khris Middleton entering the league’s health and safety protocols, and now they’ll be without star forward Giannis Antetokounmpo in Friday’s matchup against the Boston Celtics due to a sprained ankle.

While Holiday has recently returned to the lineup, Middleton is still sidelined along with Antetokounmpo, leaving the Bucks shorthanded against Jayson Tatum and the Celtics.

How much time will Antetokounmpo miss with this injury? We have you covered with the latest updates below.

How long will Giannis Antetokounmpo be out?

Antetokounmpo was originally listed as “probable” to play against the Celtics on Friday, Nov. 12 but the final injury report prior to the start of the game deemed him out.

The star forward will miss the contest with a sprained right ankle, marking his first absence of the season for the Bucks.

The fact that Antetokounmpo was originally listed as probable to play bodes well for the severity of the injury, as the reigning Finals MVP shouldn’t be anticipated to miss much time due to the ailment.

Milwaukee is off to a slow start to the season because of injuries, owning a 6-6 record through the first 12 games. Antetokounmpo, however, has still been his usual superstar self, averaging 26.6 points, 11.8 rebounds, 6.0 assists, 1.8 blocks and 1.1 steals per game.

His next opportunity to take the floor will be Sunday, Nov. 14 in a 2021 Eastern Conference Finals rematch against the Atlanta Hawks.

What is the fantasy impact of Antetokounmpo’s absence?

With Antetokounmpo out, you should be rushing to the waiver wire to pick up Bobby Portis.

Portis has started the last three games for Milwaukee, averaging 16.3 points, 9.3 rebounds, 2.7 3-pointers, 1.7 assists, 1.7 steals and 1.3 blocks over that span. Don’t be surprised to see his production increase even more with Antetokounmpo absent.

If Portis is owned, another player to consider is Pat Connaughton. The sharpshooting forward is coming off of a game in which he scored 23 points on seven 3s to go with nine rebounds and five assists against the New York Knicks.

Both Portis and Connaughton will see more opportunities to put up numbers while the All-Star forward recovers.

Cavaliers’ Kevin Love opens up on social media: ‘It’s allowed me to help a lot of people’