The Golden State Warriors owe a good chunk of change for Oracle Arena.

According to a ruling by arbitrator Rebecca Westerfield, the Warriors are on the hook for $40 million for previous renovations made at Oracle Arena, the arena that they are leaving for the Chase Center prior to the 2019-20 season. Via the Associated Press:

“The Golden State Warriors were ordered to pay roughly $40 million for renovations at the Oakland arena they are leaving, authorities said Monday.

The government agency that manages the Oakland arena took out a $150 million bond in 1996 for basketball renovations that the team agreed to help finance with annual payments.

But the Warriors said their debt obligation ends when they terminate their lease and leave Oakland for San Francisco at the end of the season. The team and the Oakland-Alameda County Coliseum Authority agreed to have an arbitrator rather than a judge decide the dispute.”

Needless to say, the arbitrator ruled in favor of the government agency rather than the Warriors.

“Arbitrator Rebecca Westerfield said the team was wrong and agreed to pay for the renovations in 1996. She ordered the team to continue making payments until the bond is paid off in 2027.”

The Warriors have played at Oracle Arena since 1971. The arena has been around since 1966, making it the oldest of any NBA arena in the league.

Despite the decision, the Warriors disagreed with the ruling.

“Of course we are reviewing our options at this time, but as we’ve always said, we will fulfill any debt obligations that we owe,” Warriors spokesman Raymond Ridder said.

The ruling means that the Warriors — and not local taxpayers — will pay the $40 million owed for the renovations made at Oracle Arena over recent years.

Considering their success as of late, I don’t think the organization should have too much of a problem paying off the debt. 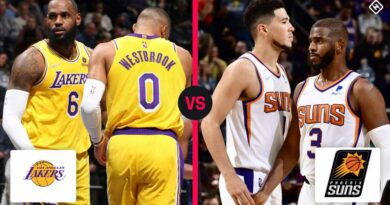 What channel is Lakers vs. Suns on tonight? Time, TV schedule for 2021 NBA Tuesday game 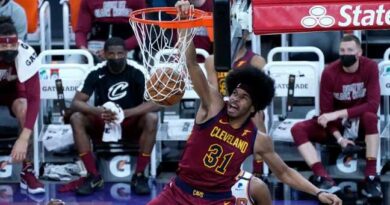 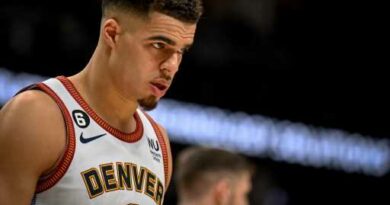 Michael Porter Jr.’s heel injury was “building,” is unlikely to play vs. Houston