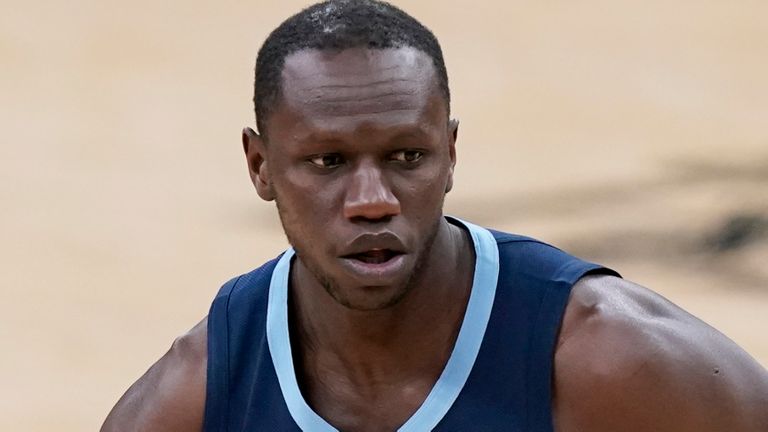 The San Antonio Spurs signed center Gorgui Dieng to a contract, the team announced on Monday.

Dieng, 31, was waived by the Memphis Grizzlies on Friday after they could not find a trade partner.

The addition of Dieng brings the Spurs’ roster to 17 players.

Multiple media outlets reported that the Spurs planned to waive forward Marquese Chriss, who was acquired from the Golden State Warriors on Thursday. He is out for the season with a broken right leg.

Dieng averaged 7.9 points and 4.5 rebounds in 22 games (one start) with Memphis this season. He is in his eighth NBA season, with his first six-plus campaigns coming with the Minnesota Timberwolves.

Dieng was selected by the Utah Jazz with the 21st overall pick of the 2013 NBA Draft. He was dealt to the Timberwolves on draft night.

Chriss, 23, has an expiring contract. He has averaged 8.0 points and 4.9 rebounds in 258 career games (147 starts) with the Phoenix Suns, Cleveland Cavaliers, Houston Rockets and Warriors.