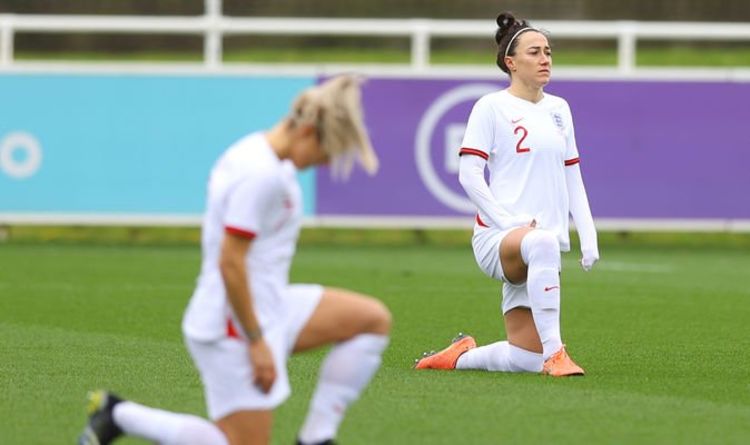 Farah misses out on Olympics after falling short of qualifying time

Team GB’s women’s football team have announced that they will be taking the knee at the upcoming 2020 Tokyo Olympics. Following the murder of George Floyd last year, the Premier League and EFL took part in taking the knee as a symbol of opposing racial prejudice and injustice before every match.

England fans were widely condemned for booing their own players taking the knee before kick-offs at Euro 2020 but despite the backlash, plenty continued.

Home secretary Priti Patel said the players were taking part in ‘gesture politics’, which has been heavily refuted by England defender Tyrone Mings.

This news for the women’s football team comes in the wake of a controversial week for British sport.

ON THIS TOPIC: Why England are absolutely right to take the knee – PAUL BALDWIN

Three England footballers, Marcus Rashford, Jadon Sancho, and Bukayo Saka were subjected to racial abuse from their own fans.

The three young players missed three crucial penalties against Italy in the penalty shoot-out defeat in the final and were sent a barrage of racial hatred afterwards.

Team GB head coach Hege Riise said: “We are glad that the IOC have acknowledged the importance of this form of freedom of expression.

“We were all united in our decision to continue doing whatever we can to raise awareness of racism and discrimination in all its forms, standing in unity and solidarity with all those whose lives are affected.

“We are clear that taking the knee is an important symbol of peaceful protest against discrimination, injustice and inequality in society.”

British Olympic Association’s Andy Anson, added: “By taking the knee our women’s football side are embodying the values of Team GB.”

The new IOC rules allows athletes to ‘express their views’ before and after competition, however not during.

It also cannot include anything disruptive such as unfurling certain flags, ‘during the introduction of another athlete or team’.

They are also not allowed to target any individuals negatively, whether that be countries or organisations as such.

The knee was first used by American footballer Colin Kaepernick back in 2016, when he knelt during the national anthem.

At the time hugely controversial, the knee has now become a symbol for anti-racism protests while some suggest it represents the Black Lives Matter political movement.