Home » NBA » Grizzlies surge from 26 down in dramatic G3 win 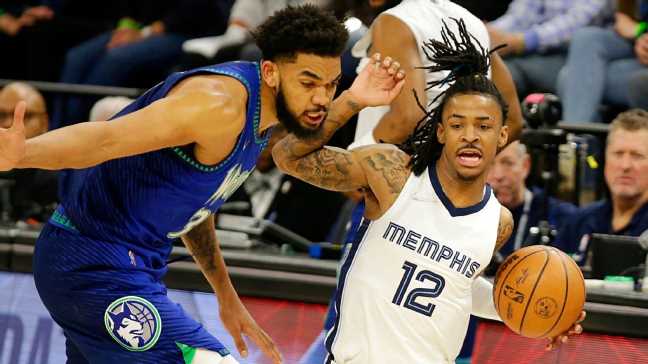 MINNEAPOLIS — In one of the most dramatic comebacks in NBA postseason history, the Memphis Grizzlies clawed their way out of a 26-point hole on Thursday night to defeat the Minnesota Timberwolves 104-95. Improbably, the Grizzlies now lead the best-of-seven first-round series 2-1.

“We all know the game is never over until there are zeros on the clock,” Grizzlies guard Ja Morant said.

The night couldn’t have started more miserably for the Grizzlies, who fell behind 12-0 from the opening tip. Timberwolves D’Angelo Russell, who had been struggling in the series, found his rhythm in the pick-and-roll game against a beleaguered Memphis defense. The Grizzlies sent early double-teams at Timberwolves center Karl-Anthony Towns, but failed to account for the rest of the Timberwolves’ attack.

“We didn’t have the start we wanted to have,” Grizzlies guard Desmond Bane said. “We lost our juice. We were kind of flailing.”

The Grizzlies answered by shaving the Minnesota lead down to seven at halftime, but Minnesota answered with a dominant third quarter when they stretched the lead back to 25 points. But in the final minute of the third quarter, the Grizzlies launched a 21-0 spurt that knotted the game at 83-83, with 8:33 remaining. The surge was fueled in large part by Memphis reserves, including Tyus Jones and Brandon Clarke, who had 11 and 20 points, respectively. The bench provided a lift on a night when starters Morant, big man Jaren Jackson Jr. and Dillon Brooks struggled.

“[My teammates] deserve a lot more respect and recognition for what they do for us on the floor,” said Morant, who shot just 5-of-18 for 16 points but added 10 rebounds and 10 assists. “We believe we’re the deepest team in the league.”

Memphis outscored Minnesota 37-12 in the fourth quarter, and their aggressive defense played a decisive role in their rally. Overall, the Grizzlies contested 35 of the Timberwolves’ 39 attempts in the second half, according to ESPN Stats & Information research. Grizzlies coach Taylor Jenkins said that even while the Grizzlies struggled, the defense performed.

“I thought our defensive edge was there, especially when [the Timberwolves] were throwing haymakers, hitting big-time shots,” Grizzlies coach Taylor Jenkins said. “Luckily, the guys know the themes of this series — we stay consistent in that area. I don’t think we’re going to hold them to 95 points moving forward, but credit to the guys for having activity, even when your offense is significantly struggling.”

The Grizzlies frustrated Towns, in particular. As Wolves coach Chris Finch said afterward of Memphis’ defensive strategy against Towns, “They swarm him everywhere.” He generated only four field goal attempts against the Grizzlies’ pressure, the fewest in any game of his NBA career, while picking up five fouls. He finished with only eight points.

Asked what he would do to pick his teammates up, Towns said simply, “Go home, drink some wine. Move on to the next day.”

“For me at least — I’m talking for myself — but remember what got me here, what got us here,” Towns said. “Our support systems, our work and each other. And we just got to lean on that.”

A din of celebratory shouts could be heard emanating from the visiting tunnel and locker room after the game, which Bane called “an emotional win.” Throughout the night, the Minneapolis crowd booed Morant each time he touched the ball. The two teams have earned the reputation as cocky, young squads who enjoy the NBA art of trash talk.

Earlier in the day, Morant said he enjoyed playing in front of a hostile crowd and “sending fans home mad.” He did just that on Thursday night. 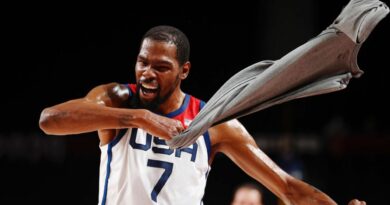 When does World Snooker Championship 2019 start? Who is playing? What is the format?