Home » NBA » Halloween NBA Power Rankings: The scariest teams in the league for opposing teams, rival fans and their own

The NBA season is still crazy young, so we don’t have a clear picture yet of which teams are good and which are not. However, in the spirit of Halloween, we can bring you a different type of power rankings: the scariest teams in the NBA. Whether you’re stuck going up against the Warriors or feeling a sense of impending doom over your franchise, there’s plenty to fear already in this young NBA season.

So, among all 30 NBA teams, which teams are the scariest? Let’s find out.

This team is a nightmare in blue and yellow. If Stephen Curry doesn’t drop 50 on you, Klay Thompson will suddenly break out of his slump to do it. Kevin Durant is viable to go off on any given night, and with Draymond Green, no one’s privates are safe (OK, that’s an old joke). Any team that can coach itself against you is terrifying, and to make matters worse, it barely feels like the Warriors are trying. And, oh, I’m afraid DeMarcus Cousins will be quite operational by the time the trade deadline arrives.

There’s nothing quite like making the playoffs for the first time in 13 years and then suddenly getting a dark raincloud over your franchise in the form of a top player asking for a trade. Jimmy Butler must terrify his own teammates if he’s leading third-stringers to scrimmage wins over starters. That’s self-preservation. The trade saga has quieted down, but there’s still a feeling of unease.

Taking the Warriors to seven games in the Western Conference finals and starting your next season 1-5 probably isn’t how the Rockets drew it up. Perhaps it’s the ghost of last season following this team around. After all, there are few things that can stalk a team quite like missing 27 three-pointers in a row as a three-point shooting team.

The Pelicans are in the unique position of scaring the rest of the league — and their own fans. The Pelicans are 4-2, but with Anthony Davis out they’ve dropped their last two games. Losing Davis would be hell for the Pels, so fans desperately want the team to succeed this year. As long as he’s in the lineup, they at least look good, and this team looks exhausting to play against.

Mounting Lakers losses will eventually bring out LeBron’s dark side. “You probably don’t want to be around when my patience runs out. I’m serious.”

The last undefeated team in the NBA, and Giannis Antetokounmpo looks like he’s somehow getting bigger. He’s a literal monster early in the year, and the Bucks look like they’re only getting stronger around him.

The rest of the NBA can only cower in fear of Leonard’s ridiculous, ridiculous hands.

When you’re relying on the return of Dwight Howard, you should be afraid. This team can’t play defense and it struggles rebounding. At 1-6, you can see why those two things are important. However, once Howard gets back, the Wizards have a whole other host of things to worry about.

Oh what? You forgot about Michael Conley Jr. Well, he’s ALIVE, and he’s helped the Grizzlies claw out a 4-2 record. Jaren Jackson Jr. has had an immediate impact, and after a first game with the Hawks that looked suspiciously like a tank-a-thon, the Grizzlies are finding their stride.

There are few things scarier in today’s NBA than halfcourt basketball. One of those few things is Ish Smith running an offense. Dwane Casey seems to have a plan with this team, and the Pistons look like they’re having fun again.

It’s all about building up the freakishly good Luka Doncic this season, but there’s a sense of dread this season as Dirk Nowitzki continues to play at 40. A franchise legend could well retire after this year, which makes the 2-5 start tougher to swallow.

Why did the Cavaliers take Tyronn Lue into this season? Was it the hubris of thinking LeBron James wasn’t the key to their success? The world may never know. Regardless, Cavs fans may want to shield their eyes from the horrifying sights of their early-season efforts.

It’s actually shocking how many ways this team can beat you. In the halfcourt with Nikola Jokic. On the break with Monte Morris, Gary Harris and Jamal Murray. Or slowly being bled by Paul Millsap. This team barely missed out on the playoffs last year, and this season has a good old revenge horror vibe to it.

The Spurs are basically the creature from “It Follows,” only the creature got a glow-up and runs like DeMar DeRozan now. Yes, the great Spurs core is missed, but man. DeRozan is crushing it this year.

The Suns got the scariest thing of all in the first game of the season: hope. They beat up on the Mavericks 121-100, but have dropped five straight since. With games against the Spurs and Raptors upcoming, their life isn’t getting much more fun.

You’ve got to think the Thunder have the Clippers circled on their calendar, because Russell Westbrook and Patrick Beverley have bad blood. You’ve got to love a game that requires a police presence. Westbrook belongs in a slasher movie, and he’s much more Michael Myers than he is the villains in “You’re Next.”

Patrick Beverley is an absolute shroud. If he’s guarding you, one of your better options is probably just to curl up and let the shot clock run out.

Joel Embiid can frighten you — mask or no mask — but the real terror of this team lies within a mystery. Will Markelle Fultz and Ben Simmons ever find the jump shot that they’ve been looking for? The 76ers want to make another playoff run, but a dominant big man in the paint is enough to make even the staunchest Simmons supporter wonder.

The Celtics are 5-2 with a few brutal blowouts under their belts already. With Gordon Hayward waiting in the wings, there’s an air of suspense hanging around Boston. Just wait until Brad Stevens ramps his minutes up.

The Spider remains a problem. Donovan Mitchell is this team’s undisputed leader, and Rudy Gobert is a paint clogger. The Jazz will probably only get better with time, and Mitchell makes this team the type of team you dread to see. Also, what’s scarier than spiders?

Talk about Jekyll and Hyde. The Hornets are 4-4, and they’re the type of team that can run with the Bucks and 76ers or get blown out by the Raptors. With that being said, be afraid of this team if Tony Parker is going to randomly explode for 24 points in 25 minutes.

This team’s biggest achievement this year is giving up 14 blood-curdling Klay Thompson three-pointers in a game and 92 points in a monstrous half by the Warriors. Depending on where you sit on the tanking fence, that’s not the best.

The Pacers’ biggest crime is being pretty nondescript after a 2017-18 playoff appearance, although it’s ironic that they have the slowest pace in the NBA. However, Victor Oladipo is still dangerous, and he is overwhelming to play against.

The Hawks are only this low because tanking doesn’t scare everyone.

The Heat have five guys averaging double digits, so they’re part of a balanced scoring diet. But the real fear is for slashers, because Hassan Whiteside will stuff you.

You would think this battered and beaten fanbase would get used to disappointment. At this point I’m mostly scared for their health.

This team is akin to a roller coaster, but it’s kind of like Cedar Point’s “Iron Dragon” because you always know what to expect.

Really it’s more of the same in Orlando — a real horror show. 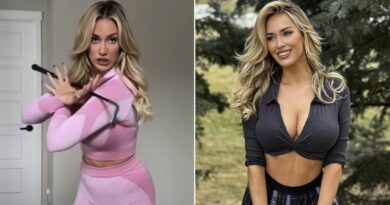 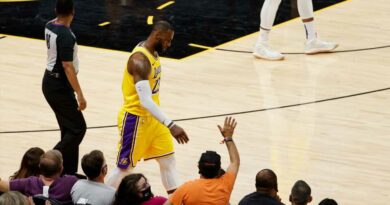 Shaquille O’Neal rips Lakers for pitiful Game 5 showing vs. Suns: ‘They played with no heart’ 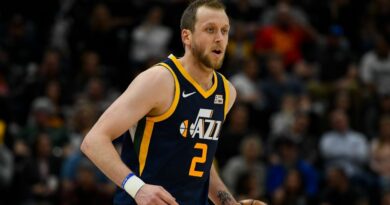