Home » NBA » Harden back for Nets, but Big 3 missing Kyrie 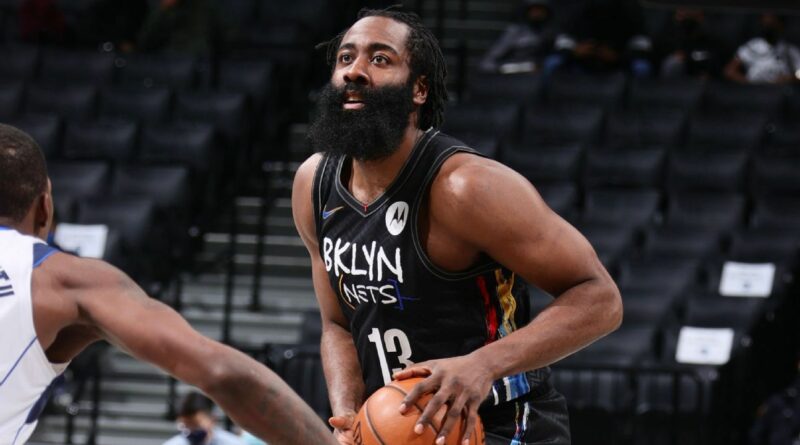 NEW YORK — James Harden will return to the Brooklyn Nets’ lineup on Wednesday against the San Antonio Spurs after missing more than a month with a hamstring strain.

Still, the Nets will have to wait once again to see their Big Three in action. Kyrie Irving will not play in Wednesday’s game because of a facial contusion.

The decision on Harden was made after he warmed up at Barclays Center on Wednesday evening. Harden has been slowly increasing his workload over the past several days and had been scrimmaging in practice. Coach Steve Nash said he has continued to respond well to the more intense workouts.

Irving, meanwhile, was injured in the third quarter of the Nets’ game against Chicago on Tuesday night when he went up for a rebound, and Nikola Vucevic inadvertently hit him in the face with an elbow. Irving has been cleared of having a concussion, Nash said.

The Nets’ three stars — Irving, Harden and Kevin Durant — have played together in just seven games this season. Harden, who last played on April 5, has missed the Nets’ last 18 games. After making progress on the injury, Harden suffered a setback in his rehab on April 19, further delaying his return.