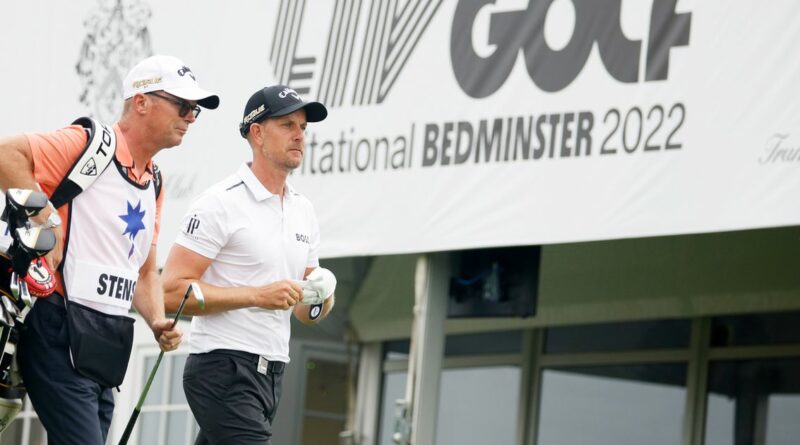 Following the latest influx of LIV Golf players, nine-time major champion Gary Player has joked that former European Ryder Cup captain Henrik Stenson 'has no money', so had to join the Saudi-funded series.

Stenson's switch was no doubt one of LIV's marquee signings, after they lured him away from role his role as Europe's skipper. The Swede was dramatically sacked from by his post by Team Europe bosses in July and replaced by Luke Donald.

In signing on the dotted line with Greg Norman and Co, Stenson reportedly raked in a signing-on fee worth £40million, before going on to win an extra £3.5m after winning on his LIV debut at Bedminster.

Just over a month after Stenson's switch the breakaway circuit announced six new players this week, headlined by world No. 2 and recently crowned Open champion Cameron Smith. Following the announcement Smith was heavily criticised by golfing legend Player, was also taking a jibe at the financial motivations of Stenson.

Joking about the Swede, whilst also hitting out at the Open champion he said: "I was absolutely shocked to hear [about] Cameron Smith… I don't blame Stenson for going. He had no money, so he had to go.

"This superstar [Smith], I think his advisors have given him the wrong advice. I don't blame players for going on the LIV Tour. Most of the players can't win on the regular Tour anymore. The PGA Tour will always be the major Tour." Player is regarded as one of the sport's greatest players, having won nine major titles during his illustrious career.

Do you agree with Gary Player's criticism? Let us know in the comments section below.

Those opting to join the LIV Series could well be costing their chances of join the South African – or extend their tallies – in the major winners' circle, with defectors set to be banned from competing in golf's four flagship events in 2023.

As a result, Player told the BBC he would not swap his major triumphs for a 'billion pounds'. He commented: "I've played golf all my life and I wouldn't take a billion dollars for my nine majors on both Tours.

"[I am] The only man to win the Grand Slam on both Tours and 165 tournaments. I worked hard. I had a desire. I travelled the world, it was an education. I met wonderful people. How can you ever be a champion playing 54 holes with no cut?"