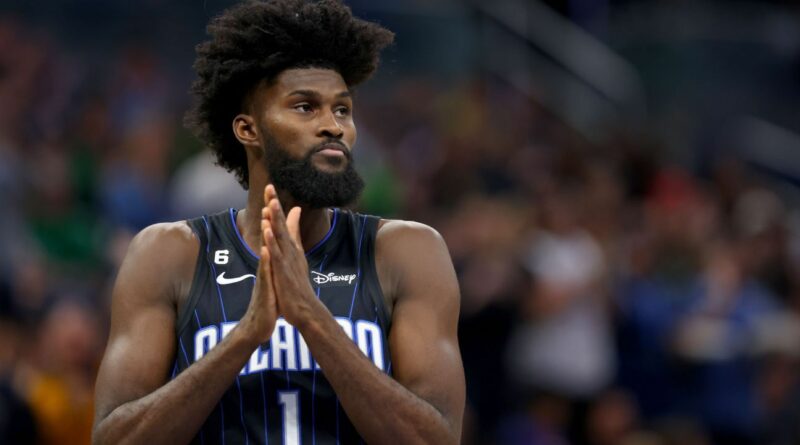 ORLANDO, Fla. — Magic forward Jonathan Isaac stood at the scorer’s table, had a brief talk with coach Jamahl Mosley and calmly removed his shooting shirt. He turned to the court, stuck his mouthpiece in and walked onto an NBA floor to play his first game in over 900 days.

The long wait was over. As he checked into the game between a pair of Jayson Tatum free throws, the sellout crowd of 19,196 inside the Amway Center showed their appreciation with a rousing ovation.

On a tight minutes restriction, Isaac finished with 10 points on 4-of-7 shooting in just under 10 minutes of action as the Magic defeated the Celtics 113-98.

Isaac said there was a lot going through his mind when he was checking in. He also admitted there were occasions when he didn’t know if this day would ever come, but leaned on his faith in times of doubt.

“There were days where I was like I don’t know if I want to keep going. But then again, I have to thank Christ. Being able to go back to my faith and say God has me on this journey for a purpose. I know that I was made to play basketball. I was made to give glory to God on this stage.”

Isaac was the first sub of the night for Orlando, and he checked in alone — something that was done intentionally by Mosley so the crowd could acknowledge the moment.

Isaac’s first touch of the night didn’t come too long after he checked in. As Orlando came down the court for the first time, Isaac found himself with the ball in his hands.

He caught it along the baseline and tried to drive on Boston’s Jaylen Brown. Isaac said he thought Brown was going to take a charge, but as he didn’t, it caused Isaac to misstep as he tried to get a layup that failed to go in.

On the ensuing offensive possession for the Magic, Isaac was able to get the shot to go down — a 13-footer right over Brown.

“Shout out to Coach Mose for drawing one up for me,” Isaac said. “It was supposed to really be a catch and a jumper but they played it well and it was just me and Jaylen. So I just said get something and I was able to get to my turnaround. I really like that shot. When it dropped I was just like, ‘Thank you.’ Just get that out the way.”

Isaac’s first stint lasted just under four and a half minutes. Aside from the jumper over Brown, he added a layup, but was just 2-of-5 from the floor.

He admitted that fatigue was an issue early.

“That kind of first wind got to me. That last minute I could barely talk I was breathing so hard,” Isaac said. “But the second rotation in the second half, that four minutes, I started to just relax and just feel good.”

There was a notable difference in the second half when Isaac returned. He made a pair of 3-pointers and picked up two steals, including one where he dished it off to Paolo Banchero for a slam on his final play of the night. He checked out for good with 2:08 remaining in the third quarter.

“I thought he was great,” said Mosley.” I thought he did a great job playing with a level of poise. I think that was the importance of him getting the G League time. Obviously, there was a ton of emotions and rightfully so. I thought it was great the way he handled himself.”

Mosley and Isaac shared a moment prior to the game. Mosley took a seat at the end of the Magic’s bench and called Isaac over as he was walking off the court. The two had a quick conversation, during which Mosley expressed how happy he was to see Isaac back.

Prior to his playing two games in the Orlando bubble, Isaac hadn’t played since Jan. 1, 2020, when he sprained the same left knee. His last game at the Amway Center was Dec. 30, 2019, when he contributed 13 points, nine rebounds, two assists, three steals and two blocks in a loss to the Atlanta Hawks.

The only Magic teammates still on the team who played in that game were Markelle Fultz, Terrence Ross and Mo Bamba. Neither Ross nor Bamba saw minutes Monday against Boston.

Cole Anthony, who spent some time on the floor with Isaac on Monday, said he was extremely happy to see Isaac back on the floor after watching him have to observe from the sidelines during his first two and a half seasons with the team.

“Being out that long, it can definitely be frustrating, and I know he probably felt like he could’ve come back sooner,” Anthony said. “But he’s been super supportive of just the team as a whole. He watches all our games, just hits us when we’re playing well. He’s hit me when I’ve played bad trying to cheer me up. Just an overall great locker room guy and a pleasure to have as a teammate.”

Anthony said he’d played some pickup with Isaac before, so it was nice to actually share an NBA court with him.

Magic second-year forward Franz Wagner has his locker next to Isaac’s, and knows how much Monday night meant to his teammate. He also was excited for what a healthy Isaac could do for the young Magic team moving forward.

“I think even without some of the guys, I think we found some of our identity,” Wagner told ESPN. “I think our goal for the season should be to keep working at that. We have new rotations, we gotta figure all that stuff out. But we have so much talent and so much size at each position.

“But most importantly, we just have great dudes. Everybody cares about the right things. You saw that today when (Isaac) subbed in. We all want to see the next guy succeed.”

When Isaac checked out of the game for good in the third quarte, he briefly disappeared from the bench. When he returned, he took a seat on the bench and continued to cheer on his teammates.

When the night was over, his teammates doused him with water.

“Relief and peace,” Isaac said when asked what he felt like after his time on the court was done. “Peace like, ‘God, you got me.’ I appreciate it. He truly is faithful. I just want to thank Him. Because this night could have gone so many ways and for it to go the way it did, I appreciate Him for it. So there’s a peace, a relief to it, so let’s keep going.” 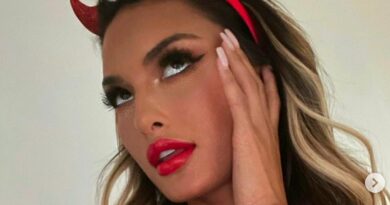 NBA trade season: Which players could realistically be moved?