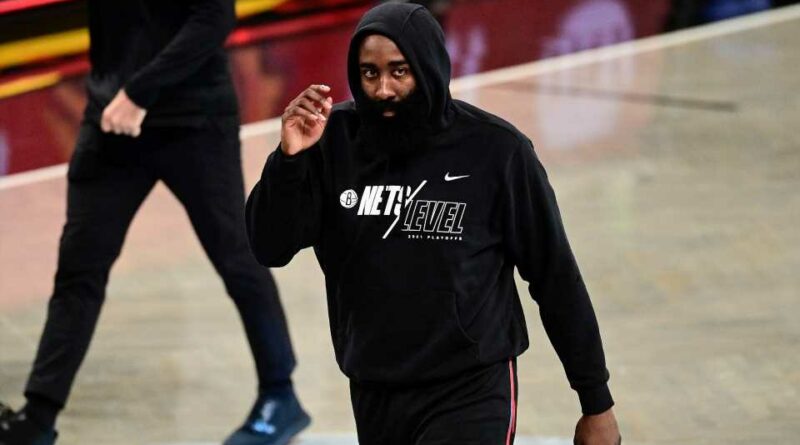 James Harden left the Nets’ Game 1 win over the Bucks with a hamstring injury and didn’t return. He logged just one minute of action before leaving and there was immediate concern about how long he might be out moving forward.

And indeed, the injury will keep him out for at least another game.

The Nets confirmed via their official Twitter account that Harden is dealing with hamstring tightness and won’t play in Game 2 of Brooklyn’s Eastern Conference playoff matchup with Milwaukee.

This isn’t the first time this season that Harden has dealt with a right hamstring injury. On March 31, he experienced hamstring tightness against the Rockets and exited the game. After that, Harden missed 20 of Brooklyn’s next 21 games and played fewer than five minutes in the contest for which he suited up.

During his recovery, Harden dealt with setbacks and reaggravations of the injury, and it appears that it has lingered into the playoffs.

Because of the nature of soft-tissue injuries, it’s hard to say when Harden might return, but at least in Game 2, the Nets will have to operate without him. In Game 1, Kevin Durant and Kyrie Irving combined for 54 points while Joe Harris and Blake Griffin added 19 and 18 points respectively to help Brooklyn earn the victory sans Harden.

Mike James scored 12 points in a team-high 30 minutes off the bench and could be inserted into the starting lineup to replace Harden. Bruce Brown, who started 37 games this season, is another potential option for the Nets to consider.

Either way, if Brooklyn wants to earn another win over Giannis Antetokounmpo and Co., they’ll need another strong effort out of their starters to help replace Harden’s production. So far this postseason, Harden is averaging 27.8 points, 7.2 rebounds and 10.6 assists in five full games played. 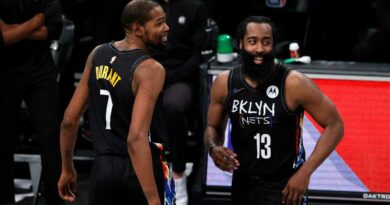 Pascal Siakam and Kyle Lowry must play to All-Star level for Raptors in Game 6 against Celtics, says Mo Mooncey