Jimmy Butler reportedly is taking another step toward working his way out of Minnesota by sitting Wednesday against the Jazz.

According to Stadium and The Athletic, citing unidentified sources, Butler’s decision could lead to an extended absence. The Timberwolves termed his absence for Wednesday’s game as “general soreness and precautionary rest,” though Butler told coach Tom Thibodeau of his decision to sit, according to the report. Butler made his final decision Wednesday morning after contemplating it Tuesday.

Butler started contemplating not playing tonight on Tuesday, and the final decision was made Wednesday morning, sources tell me and @JonKrawczynski. Timberwolves termed it “general soreness and precautionary rest,” but Butler informed Tom Thibodeau of his decision.

The Timberwolves don’t play again until Friday against the Warriors, which means there’s a possibility Butler could return if he’s not traded by then, the report says.

Butler requested a trade before the season and the Timberwolves reportedly were on the verge of completing a deal with the Heat before changes proposed by Minnesota led to a breakdown in talks earlier this month, according to The New York Times. There also were reports the Timberwolves’ asking price was too high and Miami wouldn’t budge.

The Rockets have emerged as the latest team to offer the Timberwolves a Butler deal, though it was reported Friday that Minnesota is “showing no inclination to move” on Houston’s offer of two injured players and four first-rounders for Butler.

The 29-year-old forward has two years remaining on the five-year, $92 million deal he signed with the Bulls in 2015. He was traded to the Timberwolves before last season. However, Butler can opt out after this season. 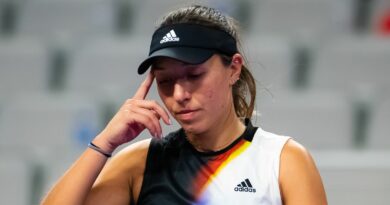