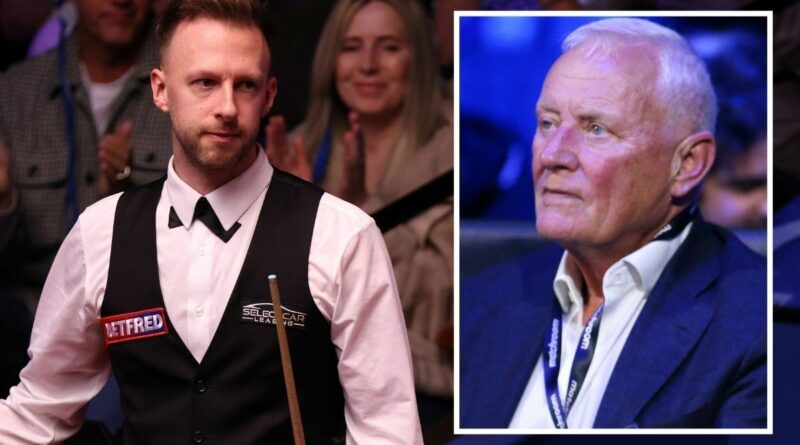 Snooker: Judd Trump pulls off ‘shot of the tournament’

Judd Trump faces three-time world champion Mark Williams this afternoon for a place in Sunday’s World Championship final. The Englishman, 32, cruised past Stuart Bingham on Wednesday, coming from 8-5 down to win 13-8. Trump said afterwards: “In the end it was comfortable, but at one point that morning I was really struggling and I was thinking about going on holiday.”

Widely considered one of snooker’s most talented players, he currently sits sixth on the all-time ranking event winners, with 23 titles to his name.

He first shot to fame when he reached the 2011 World Championship final, but faced criticism over his lifestyle away from the table soon after.

Barry Hearn, the long serving chairman of World Snooker, called on Trump to choose between flashing the cash and devoting his career to snooker.

According to the Independent, he said in 2012: “Next year we’ll announce more events, so you’ve got to decide whether you’re part-time sportsman or part-time playboy.

“Professional sportsmen make money for their families and their future.”

Trump flaunts his wealth when away from the table, and boasts a net worth of an estimated £9million.

He wears Louis Vuitton on his chest and Rolex on his wrist, but insisted he is no playboy.

He hit back at Mr Hearn’s playboy claims, telling the Independent at the time: “Barry Hearn has said there’s no time for playboys, but I’m not a playboy.

“My Twitter account status used to say ‘part-time playboy’ on it, but I’ve taken that down now.”

He added: “I treated myself to a Ferrari after winning the UK Championship. It’s amazing.

“I really like my cars. The way I see it, if I work then I can treat myself to these presents.

“Anyone thinking me treating myself affects my snooker doesn’t know what they’re talking about.”

Trump said he works “as hard, if not harder, than anyone”, and stressed he is “always practising”.

He continued: “Yes, I’ve treated myself to a Ferrari, but you only live once, I want to make the most of it while I can, as you never know what’s round the corner.

“I am just enjoying myself but practising hard, ready to win tournaments, you just need that little bit of luck sometimes. But anyone who is having a pop, it’s just jealousy.

“If they were in my position, they would do exactly the same thing.”

Trump has dedicated his entire career to snooker ever since his father first took him to his local hall as a nine-year-old.

He enjoyed one of the most impressive junior careers of all time, winning the England under-15 championships as a 10-year-old.

He was so small that he had to use a rest for almost half of his shots, and became the youngest player to make a competitive maximum 147 break in 2001, aged just 14 years and 208 days.

He was only the third 17-year-old to qualify for the World Championship at the Crucible — only Stephen Hendry and Ronnie O’Sullivan had managed it before him.

Trump turned professional in 2005 after he was awarded a wildcard spot on the main tour by the World Snooker Association. He has since gone from strength to strength, and was inducted into the Snooker Hall of Fame in 2021, despite being just 32.

Coverage of Judd Trump vs Mark Williams begins at 1pm on BBC Two. 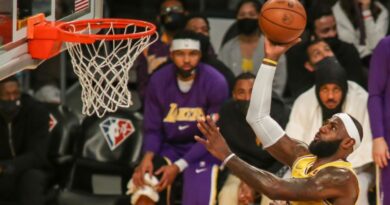